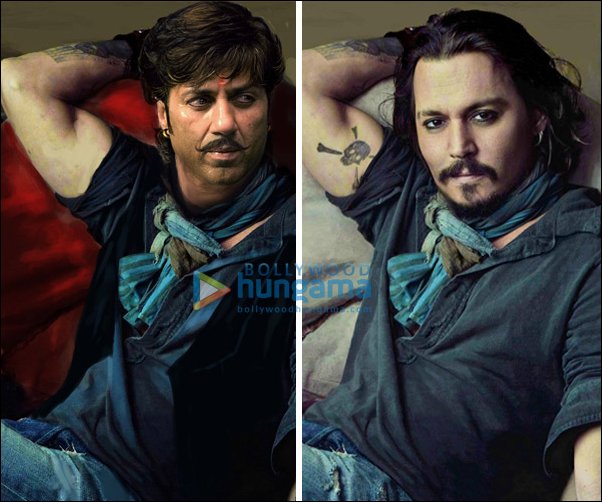 They say 'Imitation is the best form of flattery'. And there is no better place than Bollywood to 'validate' that! If you are one of those who belong to the times where the Bollywood film posters get 'inspired' (read 'blatantly copied') from the Hollywood counterparts, then, we suggest that its time you wake up and enter into the next century whereby the Hollywood actors' images get morphed with their Bollywood counterparts.

We are referring to the Sunny Deol starrer Bhaiyyaji Superhit, the film that stars Sunny Deol. But the most shocking aspect we found is the picture just doesn't belong to Sunny Deol and that his face has been pasted on Johnny Depp's body. The picture in question is the cover of January 2011 edition of Vanity Fair magazine.

With the film in the 'picture', one really wonders as to what the story line will be? All in all, one can say that 'Sunny Deol does a Johnny Depp' in Bhaiyyaji Superhit!