Two days after his attorneys delivered closing arguments in the highly publicized defamation trial against former wife Amber Heard, actor Johnny Depp hit the stage of Jeff Beck concert in England to give a surprise performance. 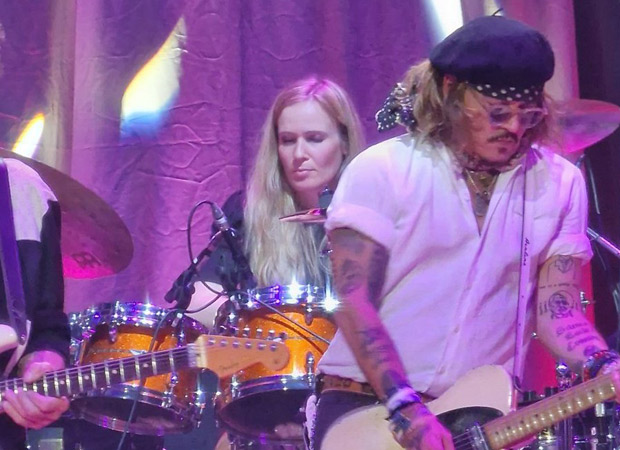 According to multiple posts on social media and clips shared online, the actor stunned the concert-goers after he joined Jeff Beck on the stage for a special surprise performance on Sunday in England.

The Hollywood Reporter reports that Johnny Depp took to the stage with his guitar alongside Beck at the show, donning white ensembles, to perform their 2020 collaboration “Isolation,” a remake of John Lennon’s 1970 song, according to reports. They also performed a cover of Marvin Gaye’s “What’s Going On” and Jimi Hendrix’s “Little Wing.”

As noted by THR, before becoming an actor, Depp had wanted to be a musician. He even testified about his early musical aspirations on the stand, noting that he wasn’t having as much success as he wanted, spurring him to turn to acting. Depp is also a part of the group Hollywood Vampires, which also features Alice Cooper and Joe Perry.

The Pirates of The Caribbean actor is suing his former partner Amber Heard claiming $50 million over a 2018 op-ed she wrote in the Washington Post where she described herself as a domestic violence survivor. Though the article did not mention Depp by name, yet his lawyers say it falsely implies he physically and sexually abused the Aquaman actress while they were together.

Heard is counter-suing Depp for $100 million. On Friday both sides gave their closing statements and the jury are now deliberating the outcome for the case which began on April 11th and involved six weeks of evidence.