One of the highly awaited films of the year is Christopher Nolan's Tenet starring John David Washington and Robert Pattinson in the lead roles. There's always secrecy around Nolan's films and most of the time the actors are unaware of what film they are auditioning for. The same was the case of the lead actors of Tenet. 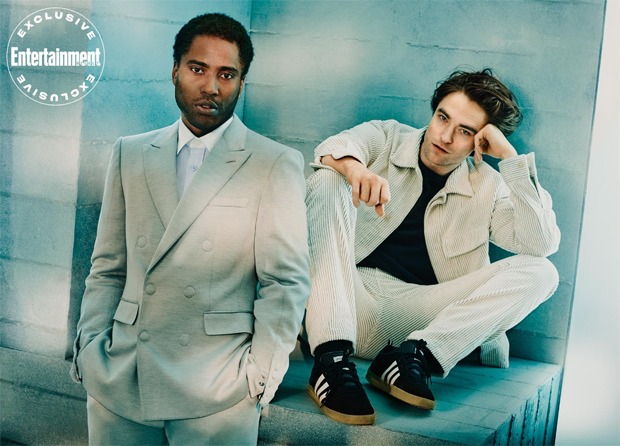 John David Washington and Robert Pattinson along with Elizabeth Debicki have been featured on July cover of Entertainment Weekly. During the profile interview, the actors revealed what it was like working with Nolan and how they weren't told about Tenet during the earlier discussion. “We talked for three hours about nothing, really,” Pattinson told EW.

“Then, he finally said in the last two minutes, ‘So, I’ve been writing this thing...’” Debicki recalled her interaction. “I went into a small room and read the script by myself. That’s quite unusual. It does feel like a kind of club and somehow I got the magical password and I got to suddenly experience the machinations of Chris Nolan's mind, which was fascinating."

“We talked about everything except the project. We talked about our love for movies, family, my childhood. It was really a nice meeting, and when I found out I got the part, then I read the script," Washington recalled his first encounter with Nolan.

The highly awaited film Tenet, helmed by Christopher Nolan, is being pushed back from its original release date. The tentpole film, which was earlier scheduled for July 17, will now release two weeks later on July 31. Interestingly, the film will now release on the 10th anniversary of Nolan's critically acclaimed film Inception.

All will become clear… in time. After months of lockdown, John David Washington, Robert Pattinson, and Elizabeth Debicki star in @tenetfilm, the time-bending Christopher Nolan thriller that aims to bring audiences back to theaters on July 31. Tap our link in bio to read our July cover story. ????: @marchomstudio for EW

A post shared by Entertainment Weekly (@entertainmentweekly) on Jun 18, 2020 at 9:03am PDT

All eyes on #TENET! The stars of Christopher Nolan’s time-bending thriller suited up for our cover. Head to our link in bio to see more EW exclusive portraits. ????: @marchomstudio for EW