John’s career has never been a shining example of sustained stardom. When he arrived he was a male Katrina Kaif. He couldn’t speak Hindi. And he cleverly focused on building an image as Bollywood’s first mainstream hero who was a pinup boy. It worked. But John got ambitious. He wanted the world know he was not just a body but also an actor. Valiant attempts to act in films like Nagesh Kukunoor’s Ashayein, Nishikant Kamat’s Rocky Handsome and Shoojit Sircar’s Madras Café made John more ambitious.

I first came to know about John in 2001 as my dear friend and rakhi -sister Raveena Tandon’s new friend. We were sitting together at dinner at the Taj Lands End along with the rest of the team of Kamal Haasan’s film Abhay after its premiere, when Raveena leaned over and whispered, ‘I’ve to go for a quick spin with a new friend. He has bought a new mo’bike.’ And she was out before anyone could notice. 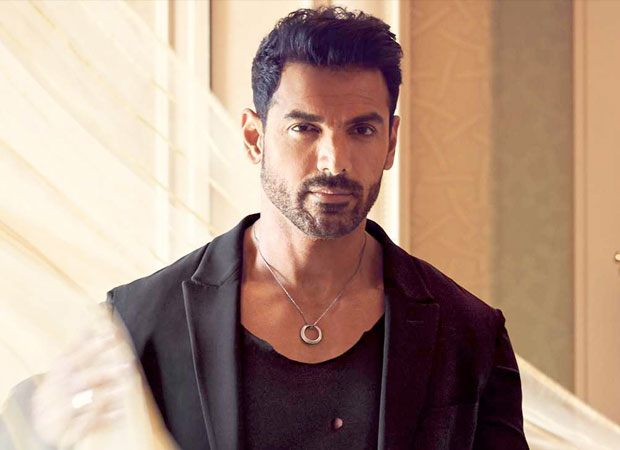 This was my “introduction” to John Abraham.Later I got to know him as Bipasha Basu’s boyfriend and then as an actor making every effort to be taken seriously by an audience that moves ahead quickly.

He now wants to be another Akshay Kumar. Parmanu is his first stab at pitching himself as a patriotic hero. The battle with KriArj was conducted to ensure that John’s plans of pitching the patriotic tent right next to Akshay Kumar was undertaken in the spirit that the wannabe AK (a.k.a John) wanted.

Says a former friend of Abraham, “Ever since John worked with AK in Garam Masala he has seen himself in the same mould. And now when AK is doing all these films with a social relevance John came up with Parmanu, his own version of AK’a Airlift/ Toilet - Ek Prem Katha/Pad Man where the actor gets to play a real-life national hero. However there is a difference between AK pitching himself as a patriotic hero and John doing the same. The difference will be out in the open when Parmanu releases and receives the attention that it deserves.”

In the meanwhile John has gone a step ahead with his Akshay Kumar plans. His next project directed by Milap Zaveri has now been titled—hold your breath—Satyamev Jayate. It couldn’t get any more patriotic than that, could it?

It can! And it did. Because John will release Satyamev Jayate on Independence Day August 15 when Akshay traditionally releases his films.

Would the audience accept the neo-Akshay as warmly as the original? We will soon know. In the meanwhile Parmanu’s patriotic pitch would have to be determined by KriArj Entertainment who co-produced the film and have now been legally sanctioned to decide how the film should be sold to the public.

At a time when A-list actors Akshay Kumar, Salman Khan (in Ali Abbas Zafar’s Bharat) and Mahesh Babu from Telugu cinema in his new blockbuster release Bharat Ane Nanu, are playing the patriotic card with such aplomb, John joining the deshbhakti brigade seems a bit thick, especially when you remember that today’s Parmanu-propelled Patriot couldn’t even speak the rashtra bhasha when he became an actor.