In the past few weeks, John Abraham has been more active on social media than usual. From sharing some behind the scene pictures of his upcoming films to sharing workout pictures, the actor has been giving a glimpse into his life. 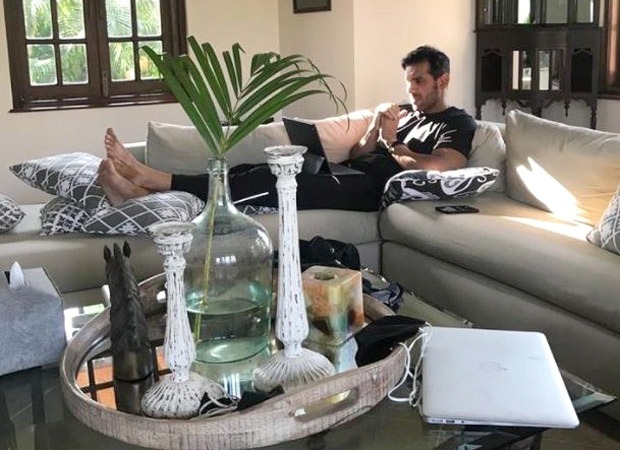 However, on Monday, he shared a candid picture of himself to show what his Monday morning looks like. In the picture, the Parmanu star can be seen sitting comfortably on his sofa as he works on his laptop. The picture is giving us major work from home vibe.

Just two days ago, John had shared a picture of himself shooting for a high octane action sequence. In the picture shared by John, he is seen discussing an action sequence with a crew member while sitting on a bike in his costume. Sharing the picture, the actor wrote, "Doing what I do best on my favorite place. #Action #bikes.”

Directed by Lakshya Raj Anand, Attack also stars Rakul Preet Singh and Jacqueline Fernandez. The shoot of the film will be most likely wrapped up this month.

Meanwhile, John will next be seen on screen in the film Satyameva Jayate 2 directed by Milap Zaveri. The film will hit the theatres on May 14.