On Sunday, Amitabh Bachchan was spotted in Mumbai shooting for his upcoming film MayDay along with co-stars Ajay Devgn and Rakul Preet Singh. The actor also shared a few stills from the shoot location on his Instagram feed. 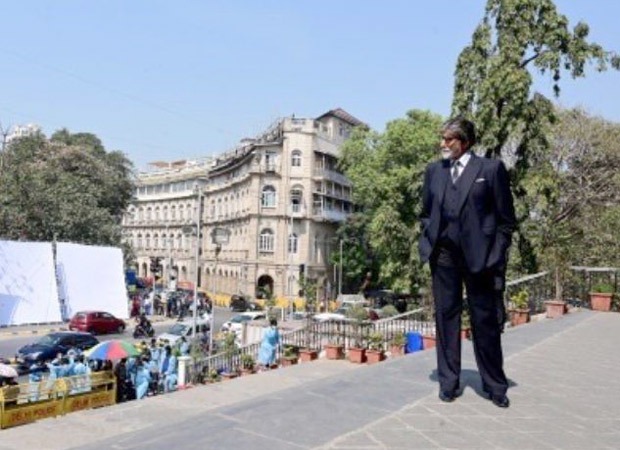 In another picture shared by the actor from the shoot location, he pointed to the background and shared an interesting piece of information. He pointed at a location in the background where he had shot a scene for Deewar with Shashi Kapoor.

Sharing the post, Bachchan wrote, "Looking back on time .. see that arch in the stone building at the back .. in a shadow loop .. Police Officer Shashi Kapoor shoots his brother Vijay in DEEWAR at that spot in film .. today shooting same place for MAYDAY .. 42 years later .. Deewar made in 1979 to today 2021 .."

Meanwhile, MayDay is directed by Ajay Devgn and will see Rakul as a pilot. The character details of Bachchan has been kept under wraps.

ALSO READ: When superstar Amitabh Bachchan agreed to work with Vidhu Vinod Chopra in the late 70s but the struggling filmmaker refused