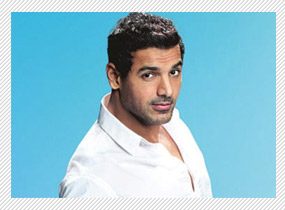 With Race 2 inching towards the 100 crore mark, especially after a good second weekend that helped consolidate the film's position, John Abraham is a happy man. With the Abbas-Mustan directed affair turning out to be his fifth consecutive success, he is already gearing up for an eventful year ahead with three distinct films lined up for release and two more expected to go on floor.

"His decisions have been paying off", says a trade expert, "Though he did suffer a jolt after non-performance of Aashayein and Jhoota Hi Sahi, both delayed films, he managed to find himself back in the reckoning with Force and Desi Boyz. These films may not have been as big as Dostana or New York but they did make money. Also the fact remains that he hasn't had a flop for over two years now."

With Housefull 2 launching him into the 100 crore club and Race 2 all set to repeat the feat, John is being termed as Mr. Dependable by many in the industry. More so, since many other high profile names, who are acknowledged as sitting pretty in the Top-10 list of actors, have failed to deliver in quick succession.

"About time that John is taken even more seriously", says a filmmaker who would soon be releasing a film starring John in an author backed role, "Others make noise, John is simply delivering. He has also proven his credentials as a producer with Vicky Donor which is one of the most respected films to have come out of Bollywood last year."

With Shootout At Wadala, I Me Aur Main and Madras Cafe as his next three releases this year, Dostana 2 expected to go on floors later this year and another biggie all set to be announced, John is looking at making it ten in a row.

Says a reliable source, "Each of these three films is already a plus on paper. The films are structured in such a way that they don't lose money. Don't forget that John has a business mind due to his early stint with advertisement and marketing. After learning the ropes of the industry in the decade gone by, he is ensuring that cost of his films is kept under check. More so since he has turned a producer as well."

When contacted, John said, "To be enjoying a stint like this is of course a fabulous feeling. However I know that I have to be on my toes all the time. With such high stakes involved, I can't afford to slip."