After Bigg Boss season 16, internet sensation Kili Paul is all set to grace the stage of Jhalak Dikhhla Jaa. The channel treats the audience and fans with short videos and promos from the upcoming episode. In one of the recently shared videos on the verified social media page of the channel, Kili Paul can be seen grooving with judge Madhuri Dixit. 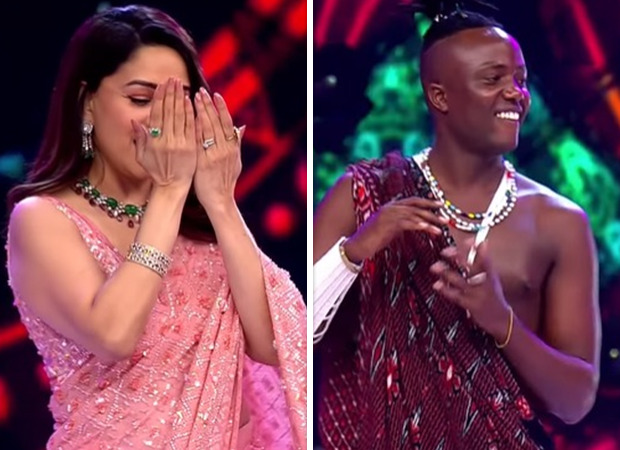 For the unversed, Kili Paul is a Tanzania-based content creator. He garnered massive popularity on social media platforms, particularly TikTok and Instagram, for dancing on hit Bollywood numbers in his own unique style. In the video, shared on Colors’ Instagram, judge Madhuri Dixit says, “I would like to dance with you”.

Later, the veteran actress and Kili groove on the former’s popular song ‘Chane Ke Khet Mein’. Though Paul can be seen as a bit nervous to share the stage with the legend, he performs the hook step of the song. Later, he also flaunts his killer dance moves. The caption of the video read, “Kili apne swag se karne wale hai Jhalak Dikhhla Jaa par sabko pehle hi din par super impress!”

The promo of Jhalak Dikhhla Jaa Season 10 has managed to garner love from Instagrammers. While a user wrote, “That's our boy presenting Tanzania”, another added, “That was sooo amazing....I can't wait for the ep.” This episode will be telecasted on Saturday-Sunday, which is October 8 and 9, at 8 PM.

Talking about Dixit, on the professional front, the 55-year-old actress is making headlines for her second web project, Maja Ma. Produced under the banner of Dharma, the family drama was released on Prime Video on October 6. The ensemble star cast of the film also features Gajraj Rao, Ritwik Bhowmik, Barkha Singh, and Srishti Shrivastava.