Amidst the series of cricket films that brings forth some inspirational stories of people and teams, here comes another film on the same sports, albeit a fictional one. Nani plays the protagonist of Jersey – an ardent player of cricket, who decides to return to the sports after ten years and gain back his dignity and respect. Standing by his side like a pillar is his son while his wife essayed by Shraddha Srinath is only trying to make her family survive amidst the race of life. The recent trailer of Jersey may have hit us hard with its intense emotions and Nani’s character’s determination but behind all that – there is another story – that of his wife Sarah! 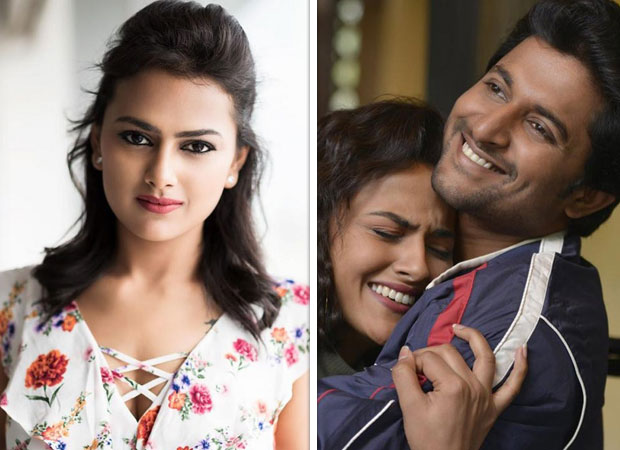 In a male-dominated story, Shraddha Srinath explains the importance of her character Sarah and how her director Gowtam Tinnanuri has weaved the varied characters who have been integral in the life of Arjun aka Nani.  Speaking about it, Shraddha says, “Yes, the movie is about a man who resigns to cricket and wants to get back to it. But there is so much beauty in playing the supporting character also. The greatest thing about the writer and director of the film, Gowtam is that he is written the film in such a way that he has given all of us equal importance.

She went on to add, “The film is indeed about this guy but what about the love of his life [played by Shraddha]. What about her? What about am I going through? What kind of struggles are we facing? So there is a story from my side too. I may not be playing ‘the protagonist’ or Nani’s character but I am playing his girlfriend/wife or whatever. But I think I can get the audiences hooked on to my character too just as much and that’s the challenge! It is sometimes enjoyable to have a smaller part too sometimes.”

Jersey also stars Kattappa fame Satyaraj in a key role and it is slated to release on April 18. Here’s a glimpse of the trailer:

Also Read: Shraddha Srinath REVEALS what it was like to shoot for Milan Talkies and with Tigmanshu Dhulia and Ali Fazal