Last Updated 04.02.2023 | 12:34 AM IST
feedback language
follow us on
Bollywood Hungama » News » Bollywood Features News » Jaya Bachchan reveals she has done a PhD in Turkish Shows; talks about “comfort TV” in What The Hell Navya

The podcast, What The Hell Navya, featuring Navya Naveli Nanda, Shweta Bachchan and Jaya Bachchan has managed to impress the audience. The subjects discussed on the podcast have been loved by the audience. And, now, in the third episode, the ladies from Bachchan's house are seen talking about comfort in content. 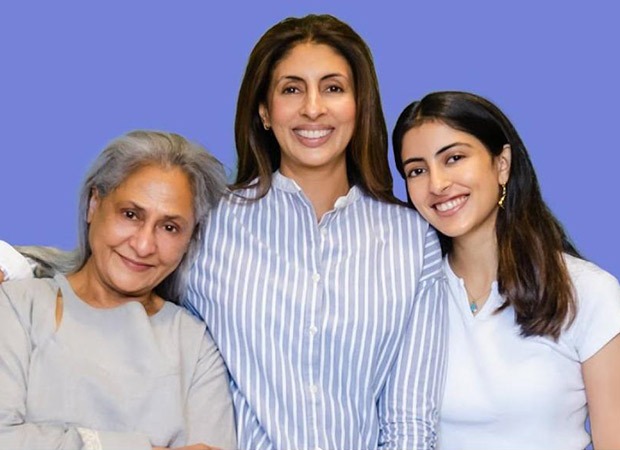 Jaya Bachchan reveals she has done a PhD in Turkish Shows; talks about “comfort TV” in What The Hell Navya

In one of the promos shared recently, the trio recalls the Covid-induced lockdown and how they found comfort during that time by consuming content. As the video starts, Jaya says, “I knew about comfort food. I didn’t realise there was a comfort TV too.” Adding to this, Navya says, “We only survived the lockdown because of our Turkish shows.”

The veteran actress-turned-politician quickly continues and says, “I have done my PhD in Turkish shows.” On this, Navya revealed that they had a group chat named after a Turkish show. Meanwhile, Shweta also agreed that the shows are “strangely addictive”. In the episode, Navya also recalled when she and her mom Shweta went into a Twilight phase where she was Team Jacob and Shweta was Team Edward.

Later, they went on to talk about Korean and reality shows. When Navya confessed that she likes watching reality shows, especially “dumb ones”, Nani reveals an interesting detail about the former. Jaya candidly revealed that Navya never watches a show, as she is always on her phone whenever they start a new show.

This is the third episode of What The Hell Navya. Earlier the Bachchan trio had discussed female friendship and desi parenting. During the second podcast, Shweta had revealed that Jaya used to thrash her a lot during her childhood. In her response, Senior Bachchan had said, “I realised parents hit children when they are angry with themselves because they are incapable of handling a situation. So, the only reaction is. The frustration gets out like this.”