Amitabh Bachchan turns 80 today and as the film industry as well as fans are sharing their heartfelt wishes to the legendary superstar. While the FHF has even gone ahead and kicked off an Amitabh Bachchan film festival for four days to celebrate his birthday, the show Kaun Banega Crorepati 14 too decided to make it special for the star. Big B has been associated with the reality quiz show for over a decade and this time around as a birthday special episode, the show has given him a break from the hot seat. In fact, the star will become a contestant this time, and the reality game show will be hosted by his actor-son Abhishek Bachchan. It will also feature Jaya Bachchan as a co-contestant. 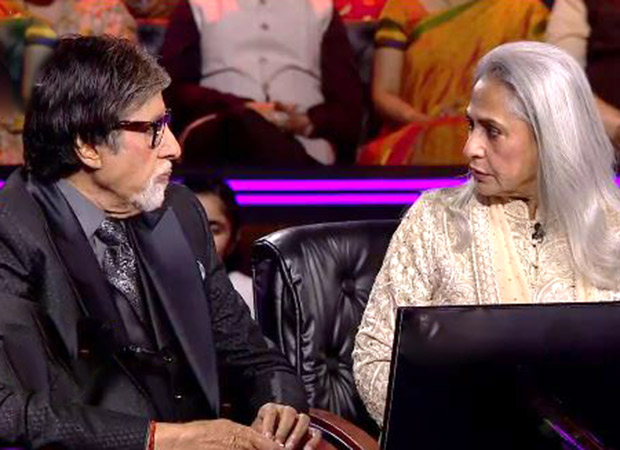 Amitabh Bachchan Birthday Special on KBC 14: Jaya Bachchan complains to Abhishek Bachchan; reveals that she never received flowers or letters from her husband

Readers would have already come across the latest promo of KBC aka Kaun Banega Crorepati 14. The promos showcase that the latest episode will feature Jaya Bachchan and Abhishek Bachchan who will be coming to the show as guests on the occasion of Amitabh Bachchan’s birthday. In one of the promos, we can see Jaya becoming a quintessential wife, complaining to her son about how she never received any letter of appreciation or flowers from her husband.

Talking about it, she said, “Maine dekha toh nahi hai par suna hai ki aap jabhi kisi ke kaam se ya swabhav se prabhavit hote hain toh aap unko phool ya letter bhejte hain. Waise aaj tak mujhe toh kabhi nahi bheja hai. Bhejte hain? (I have not seen but heard that whenever you get impressed with someone’s work or their nature, you send them a letter of appreciation or flowers. Let me tell you, I have never received it. Have you ever sent it to me?)”

Kaun Banega Crorepati 14 is the Indian adaptation of the international show Who Wants To Be A Millionaire and the show airs on Sony Television at 9pm.