Jasmin Bhasin, the popular TV actress and Bigg Boss 14 fame, has been super active on social media and loves to give every little glimpse of her life! The actress is in relationship with actor Aly Goni who was also on Bigg Boss 14. 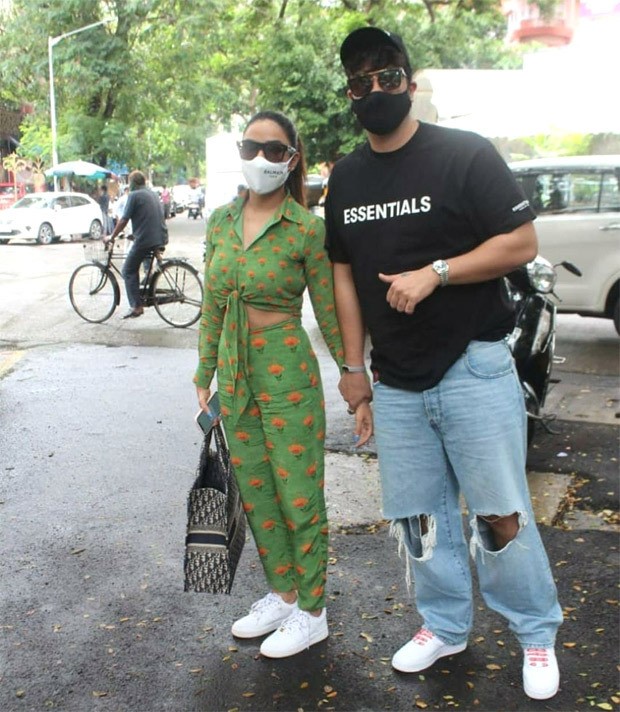 On Huway, Jasmin and Aly were seen out and about for lunch date in the city. Jasmin was seen dressed in a green co-ord set with a knotted detail on the shirt which she paired with the Christian Dior Tote bag worth $3,250 ( Rs. 2,38,190).

Aly, on the other hand, was seen wearing a basic black Fear of God t-shirt with light blue denims.

Aly Goni was impressed with Jasmin's new video 'Tenu Yaad Karaan' and complimented her by saying she looks pretty.