Janhvi Kapoor, who was recently seen in Roohi has been garnering a lot of love and appreciation for her role in the movie. The actor has been riding high on the success of the film making and it is extra special for her as Roohi marks her first film in the horror-comedy genre. While Janhvi has a rather busy schedule on a daily basis, she manages to take the time out to interact with her fans whenever possible.

She recently conducted an ask session on Instagram and the answers were too witty to miss! When asked about her favourite co-star, Janhvi Kapoor posted a still from her film Gunjan Saxena: The Kargil Girl where she’s seen hugging Pankaj Tripathi. Later she answered a mildly sarcastic question about being addressed as ‘Fatty Kapoor’ on the sets with a picture of herself eating food. When a fan asked her if they can kiss, she replied with a selfie wearing a mask and wrote, “No”. Another question about her favourite task on the set, she said that it was annoying Sharan Sharma, her best friend and director of Gunjan Saxena: The Kargil Girl.

Take a look at some of her answers, right here. 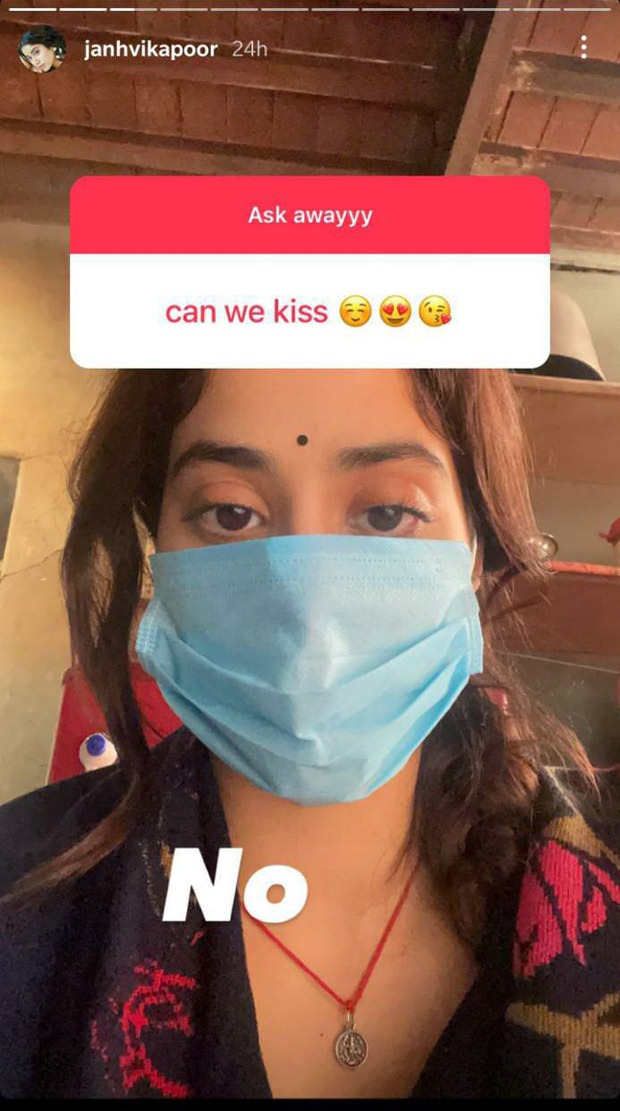 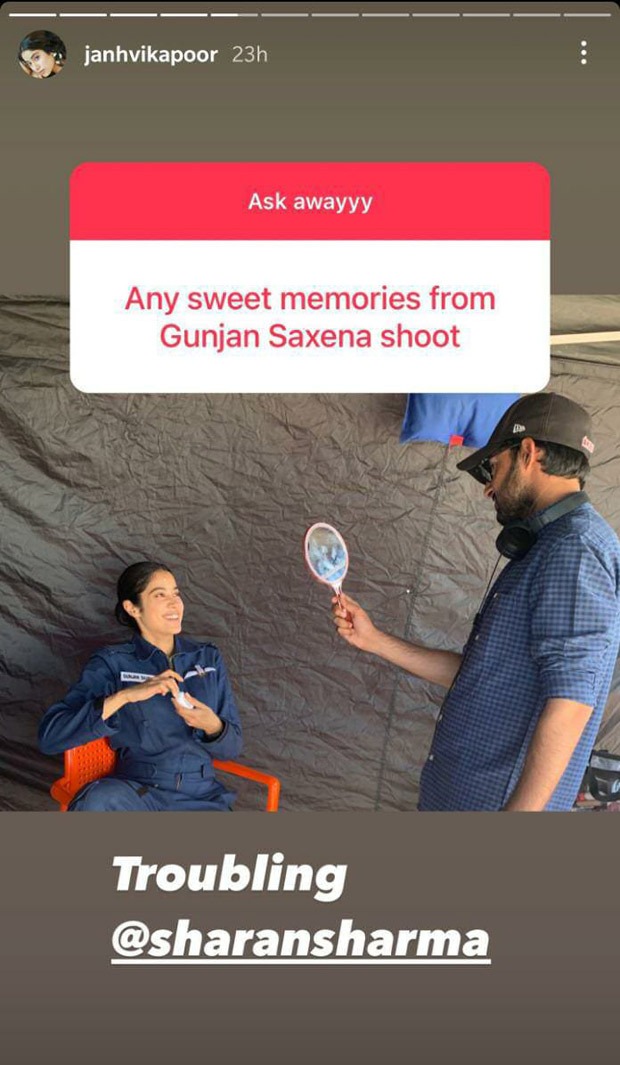 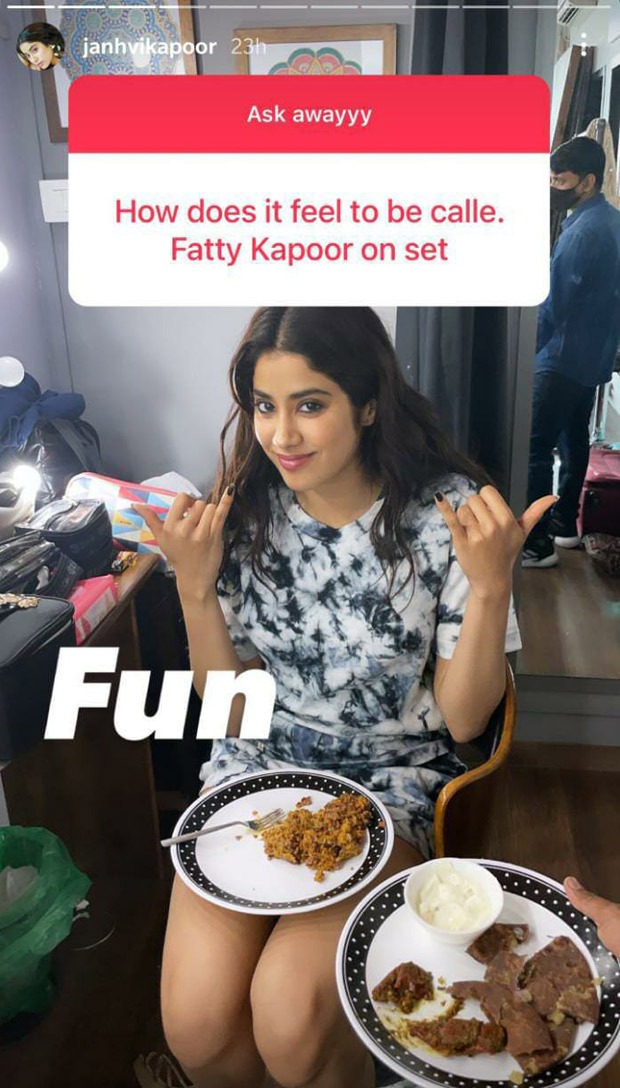