Janhvi Kapoor is on cloud nine after her first film Dhadak got both critical and commercial appreciation from masses. Currently she is in New York City enjoying some downtime with her friends and rumoured boyfriend Akshat Ranjan. Guess who else with her? Our every own gen next diva Navya Naveli Nanda! Yeah the kids are enjoying good food in New York City and spotted on the table are Janhvi and Navya among other people. Looks like both Janhvi and Navya seem to get along very well and are new best friends of tinsel town. While Janhvi has already kick-started her career with Dhadak but we still don’t know what Shweta Bachchan Nanda’s talented kid Navya has planned for herself. We do know that she is a social influencer and has many fans without even making her debut yet. We won’t be surprised if she comes on big screen to impress us. She was supposed to make her fashion debut by appearing in at the prestigious Parisian event: Le Ball and was even shortlisted for the same but could not be a part of it because of an unfortunate eventuality of Paris attacks. 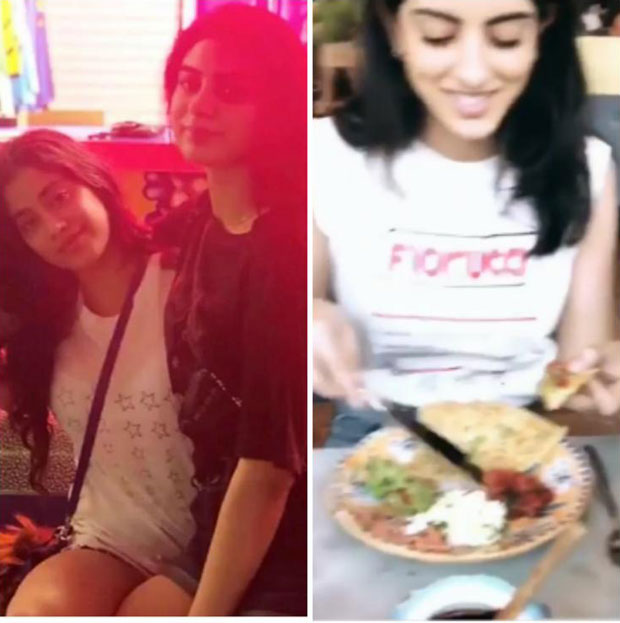 Navya recently came in spotlight after she attended her mom Shweta’s store launch MXS in the city with other star kids: Ananya Panday, Suhana Khan, Shanaya Kapoor. She flew to NYC almost immediately after that. Check out the video of Navya and Janhvi below:

.@janhvikapoor and #NavyaNaveliNanda enjoy lunch with their friends in New York City. | @realbollywoodhungama

Janhvi has already signed her next project. She will be part of Karan Johar’s prestigious and ambitious project Takht with Kareena Kapoor Khan, Vicky Kaushal, Ranveer Singh, Bhumi Pednekar, among others.