Janhvi Kapoor, who was last seen in the Disney+Hotstar film Good Luck Jerry, not only has interesting projects in the pipeline but she also has several brand endorsements lined up too. The actress recently attended the footwear and accessories brand Aldo for its new festival collection launch. Considering that the podium given to her was all about style, the actress spoke about her comfort style and also took the names of celebrities from Bollywood that she finds trendy and stylish. While the first name that cropped up was Ahan Shetty, it was followed by Ranveer Singh and Kareena Kapoor Khan as she went on to appreciate all their sense of style. 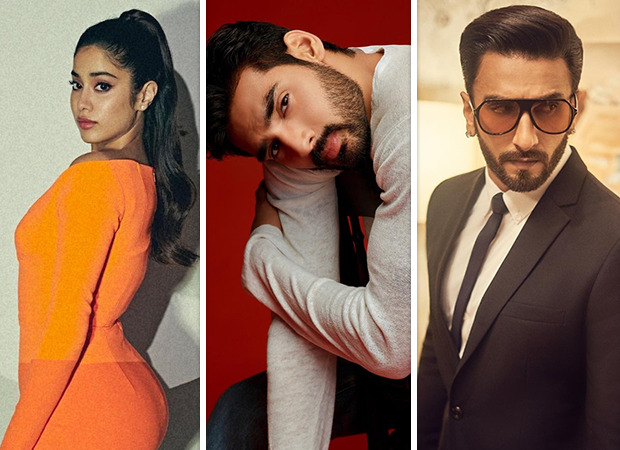 Speaking about style and fashion at the ALDO event, Janhvi Kapoor said, “I actually think Ahan Shetty dresses really well. Of course, then there is Ranveer (Singh). Ranveer ne aisi identity bana lee hai ki sab wait karte hain yeh dekhne ke liye ki woh aaj kya pehnege. (has made such an identity that everyone waits to see what new would he be experimenting with, in terms of fashion) and he never disappoints,” she asserted. When she was prodded further about actresses, she mentioned that if she named Sonam then the media would call it unfair because Sonam is her cousin.

Coming to her films, Janhvi Kapoor has Mr. & Mrs. Mahi with her Roohi co-star Rajkummar Rao. She will be sharing screen space with Varun Dhawan as her co-star for the first time in the Nitesh Tiwari directorial Bawaal.