Ever since Janhvi Kapoor made her debut with Dhadak and even before that, she has always been in the headlines. Janhvi created a place for herself in the industry with her versatility. Bollywood is getting in the festive groove and Janhvi is no different. 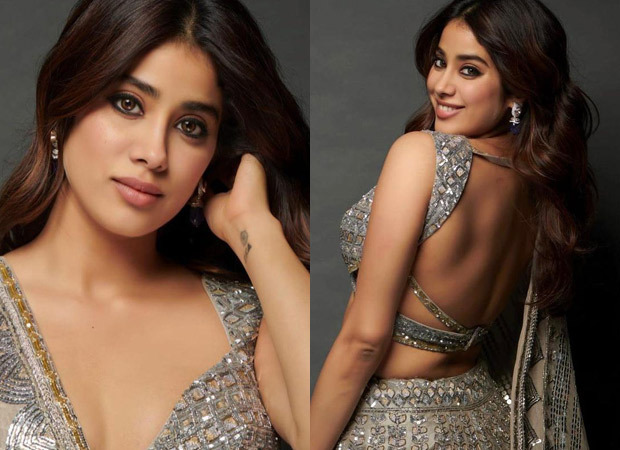 Janhvi Kapoor donned a silver metallic lehenga with sequins, shimmer lining and heavy brocade zari work. The bustier blouse with  thick starps featured intricate sequin work with a metallic finish. She donned that with a lehenga that featured similar embroidery and designs with zari work. The blouse featured a criss cross backless design that made it stand out. The look was completed with a sheer chunni with soft sequin embellishments. This look is an absolute show stealer on Janhvi and we are obsessed.

Janhvi was last seen in Gunjan Saxena where she played the titular rule. After which she was seen in Roohi where she played the character of a ghost.  Meanwhile, Janhvi has been juggling work commitments-  she's completed shooting Good Luck Jerry. It is an adaptation of the Tamil film Kolamaavu Kokila starring South star Nayanthara. Besides this, Janhvi also has Dostana 2 in her kitty.

Also Read: Sunny Leone turns up the heat in a sexy green saree