Bollywood actress Janhvi Kapoor and her younger sister Khushi Kapoor are quite active on their respective social media accounts. Every now and then, the sisters post pictures from their adventures and photo-shoots. 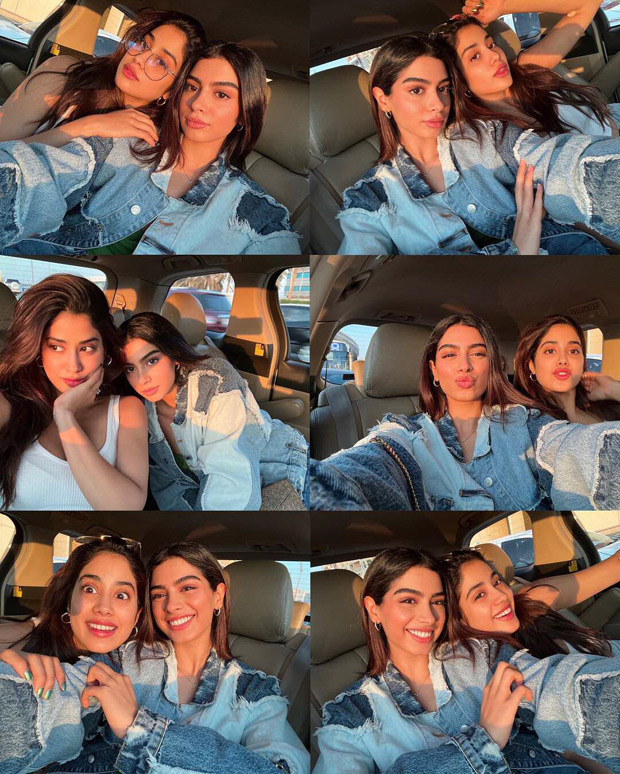 On Sunday, Khushi Kapoor took to her instagram account to share pictures of her with Janhvi in a car. Both the sisters can be seen getting sun kissed while they strike a pose for the selfies. The picture is a collage made with six photos of them.

Janhvi and Khushi never fails to set sister goals with their cute pictures. In one the most recent post where the sisters are posing together, flaunting their toned bodies in pink dresses, Janhvi and Khushi looks stunning. In another post shared by Janhvi on her instagram account, they can be seen rocking their smart casuals on their desert safari.

On the work front, Janhvi was seen playing a dual role opposite Rajkummar Rao in the comedy horror film Roohi earlier this year. For her upcoming projects, she is set to star alongside Kartik Aaryan and Laksh Lalwani in Dostana 2, and will also feature in Karan Johar's ensemble period film Takht.