Filmmaker Karan Johar is set to introduce another set of actors with his upcoming production, Dhadak. The upcoming romance drama stars late actress Sridevi and Boney Kapoor's daughter Janhvi Kapoor and Shahid Kapoor's brother Ishaan Khatter. As the trailer launches on Monday, June 11, the actors are pretty stoked for their big introduction to the audience. 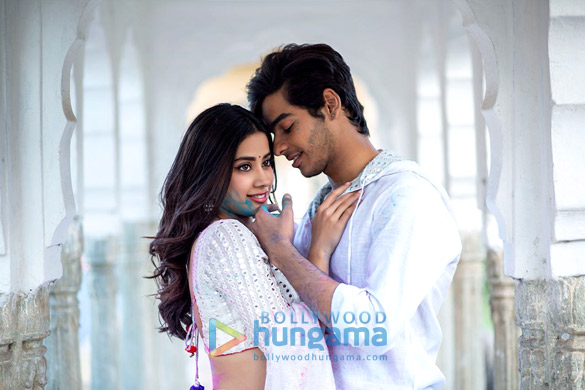 Before the trailer launch of Dhadak, the makers of the film have shared two new stills featuring the lead pair, Janhvi Kapoor, and Ishaan Khatter. The duo looks so much in love as Pari and Madhuk in the first still. It looks from a Holi scene poster which was shared a few days ago. Dressed in white, they can’t seem to take their eyes off each other. In another still, Janhvi and Ishaan are in goofy mood as she is posing with a coconut on her head whilst sharing a laugh with Ishaan. 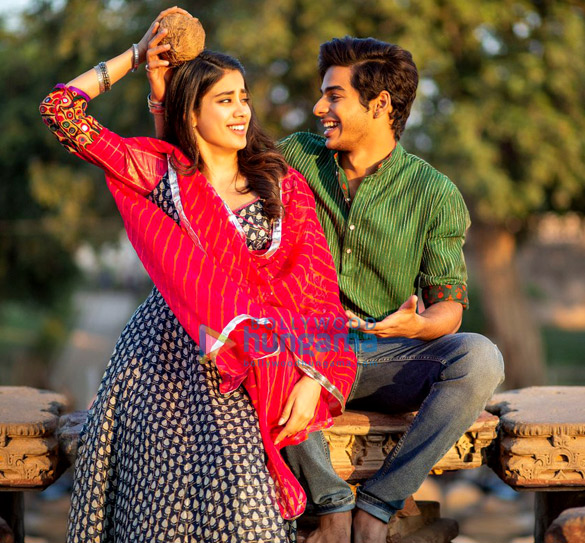 Karan Johar, who is set to introduce debutante Janhvi Kapoor and newbie Ishaan Khatter, shared a heartfelt post which read, "We are honoured and excited to collaborate with zee studios on the official adaptation of the immensely celebrated and loved SAIRAAT..DHADAK is Shashank Khaitans third film post his dulhania series and a true labour of love ....we present JANHVI and ISHAAN to the world today and can’t  wait for the viewers to experience their innocence and magic on celluloid....Dhadak trailer out today at 12 pm!!!"

While Janhvi Kapoor will be making her debut with Dhadak, Ishaan Khatter has already starred in Majid Majidi’s film Beyond The Clouds. Directed by Shashank Khaitan and co-produced by Zee Studios and Dharma Productions, Dhadak is set to release on July 20, 2018.