We suppose it would be safe to say that Janhvi Kapoor has inherited the genetic jackpot and is a spitting of her late mother, Sridevi. Ever since her big silver screen debut with Dhadak this year, Janhvi has been churning out one resplendent style after another. Grasping the vibe of an event in tandem with her go-to fashion stylist Tanya Ghavri, Janhvi’s burgeoning book of style has many chapters. Adding a look that distinctly resembled her late mother’s blockbuster hit, Chandni - Janhvi Kapoor had us astounded and how! Jahnvi Kapoor was awarded ARETS STJERNESKUDD (shooting star of the year) given for recognising new talent, by Royal Norwegian Consulate General. Paying an ode to her mother, Janhvi channelled a sublime saree vibe. She was accompanied by her father producer Boney Kapoor at the event who was also the guest of honour along with Janhvi at the event organised at Metro Inox, Mumbai. There were few Thalassemia patients from an NGO who presented two painting of Sridevi and Janhvi as a gift to the actress. 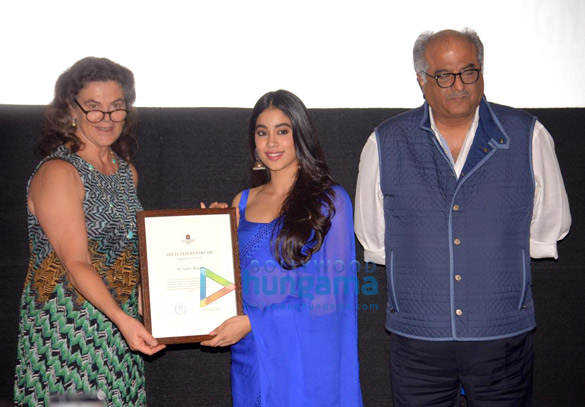 Announcing the award, Ann Ollestad, the Consul General said: "Your performance in 'Dhadak' was excellent and we would like to recognise your talent in Norway on behalf of the Royal Norwegian Consulate General, I would like to call you the Shooting Star of the Year." 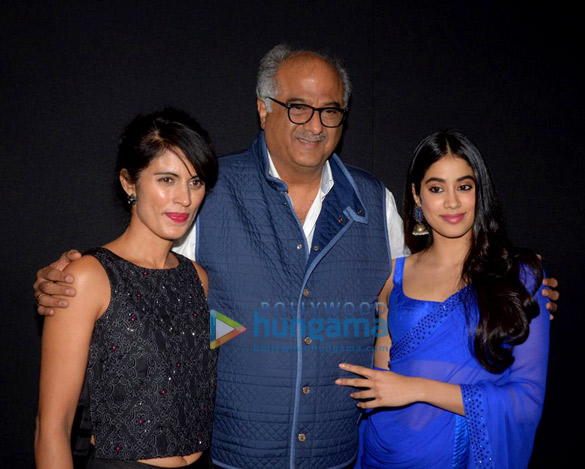 Elated Janhvi said, “I would like to thank the Norwegian Consulate for having me here. Any kind of recognition means the world to me. I hope to keep doing good work and make you all happy.”

Producer Boney Kapoor said, “I feel elated and very proud to see achievements of my children, my family.”

Here is a closer look at Janhvi’s style from last night.

Janhvi Kapoor - An ode to Sridevi 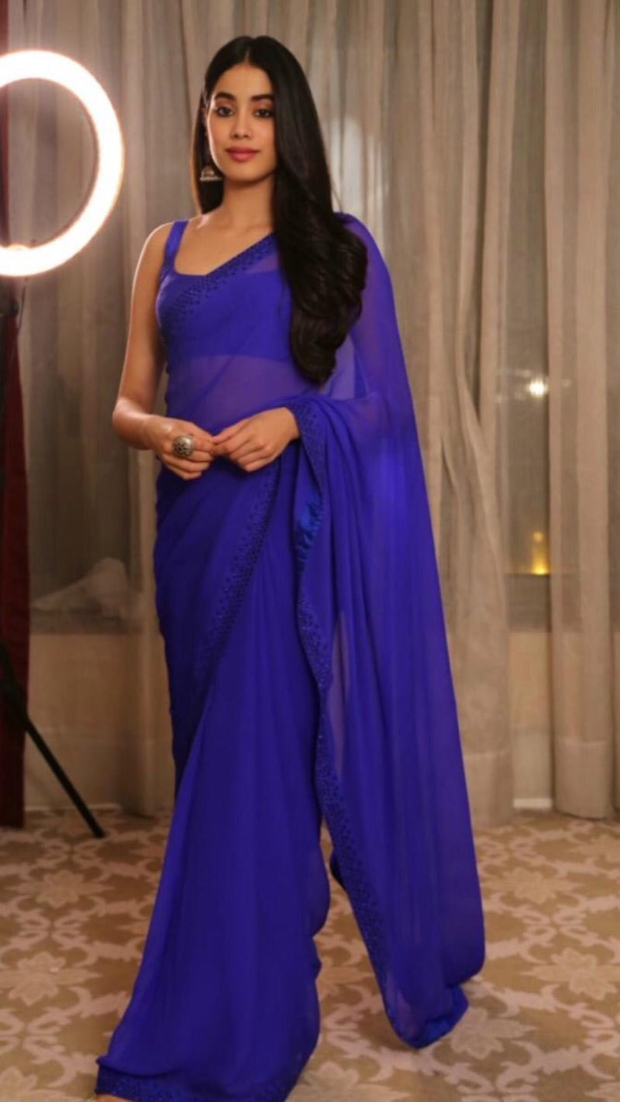 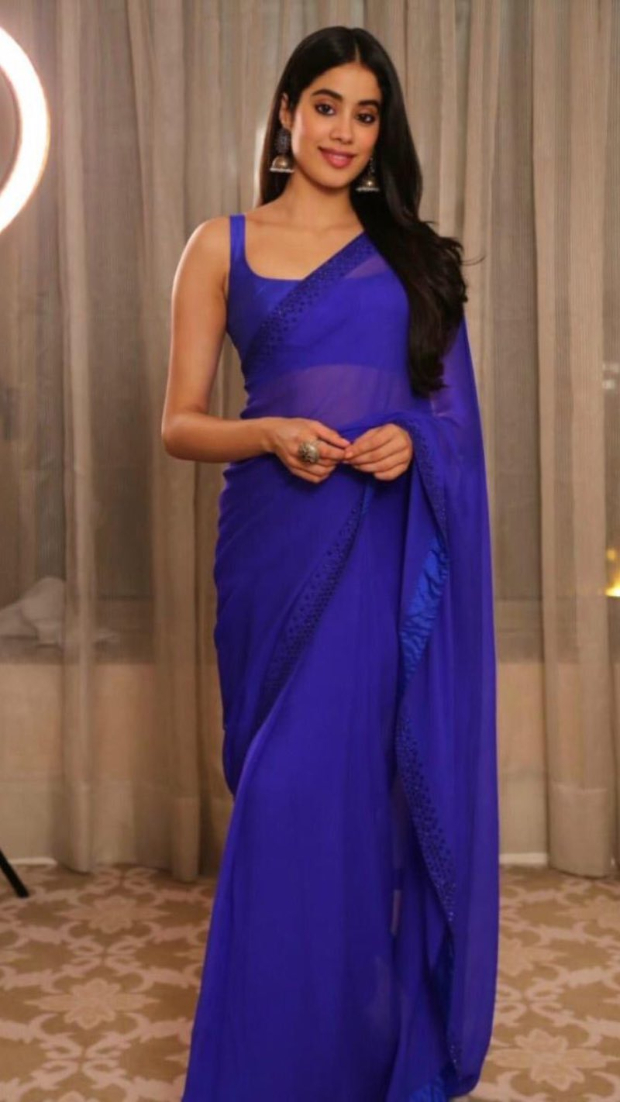 Teaming the saree with a matching blue sleeveless blouse, Janhvi accessorised her look with a pair of antique gold and pearl jhumkis and a statement ring from Aquamarine Jewellery. 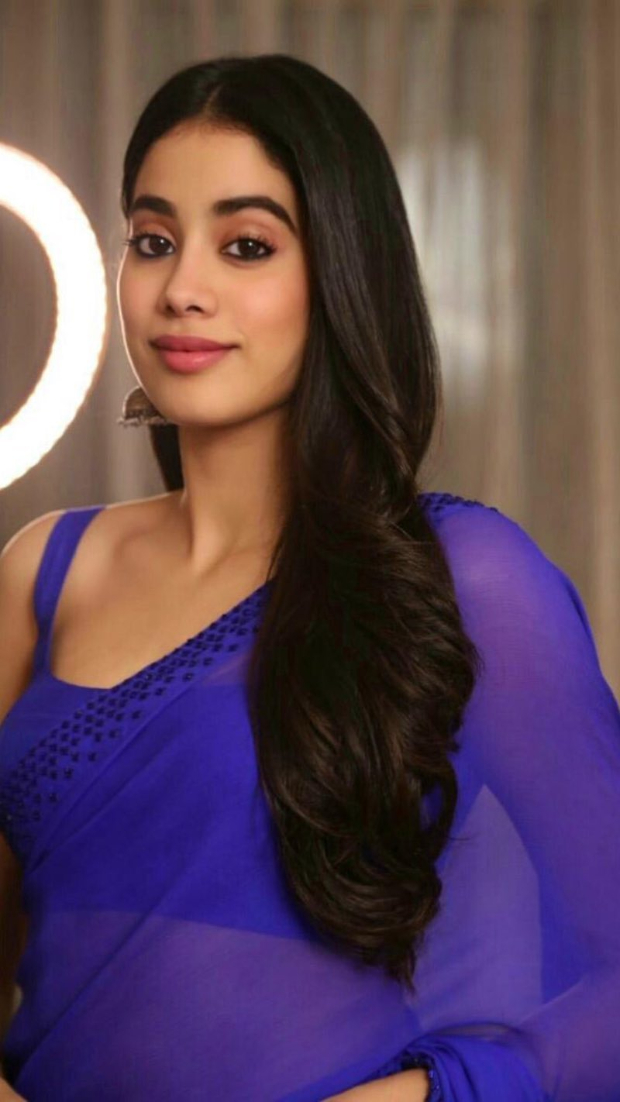 Centre-parted wavy hair swept onto one side complimented her subtle makeup of defined eyes and nude pink lips. 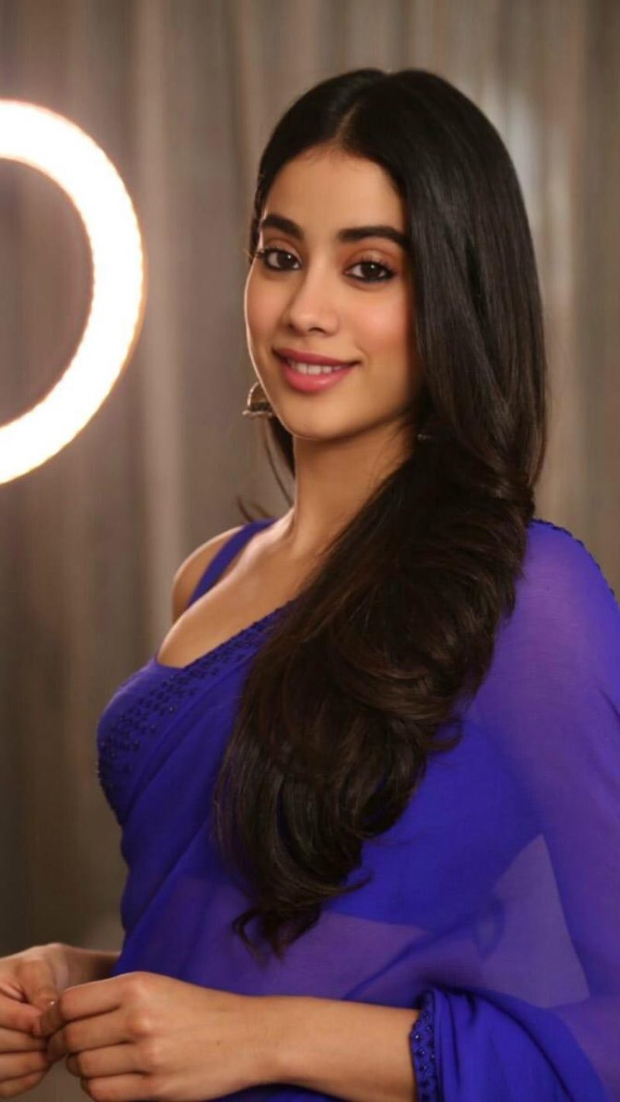 On the professional front, Janhvi Kapoor debuted with Dhadak opposite Ishaan Khatter. She will be seen in the period drama, Takht by Karan Johar that features an impressive ensemble cast of Ranveer Singh, Alia Bhatt, Bhumi Pednekar, Kareena Kapoor Khan and Anil Kapoor. She will also feature in a biopic on the life and times of the brave pilot – Gunjan Saxena opposite Dulquer Salmaan.