Nushrratt Bharuccha will be starring in yet another unconventional film titled Janhit Mein Jaari which endorses the use of condoms. The film portrays her in a rather bold avatar and the actress recently shared posters related to it. These posters feature her endorsing condoms, followed by which many netizens started trolling and posting cheap comments on her social media. Post the incident, Nushrratt took to social media to give them a befitting reply. 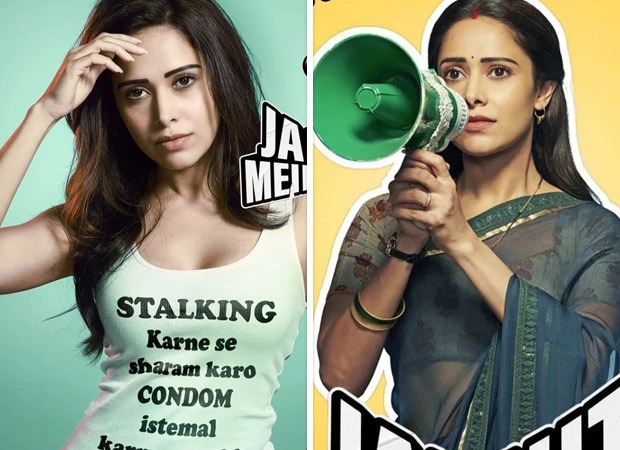 Of late, Nushrratt Bharuccha has been doing several unconventional films and Janhit Mein Jaari too portrays her in a different role. Owing to the fact that she was a woman endorsing condoms, the trolls were insulting comments directed towards the actress. In her reply, Nushrratt sternly maintained that she would keep standing up for herself, no matter what they said.

Nushratt recently mentioned that she has never reacted to trolls and memes in the past because she never read them. She clarified that she would purposely never read them to remain unaffected by it. However, when she read it this time, she said her team wanted her to raise her voice and she thought this was the best way to do it.

On the other hand, speaking about why she decided to take up the role in this film, Nushrratt spoke at the trailer launch saying, “I was intrigued with the concept of Janhit Mein Jaari right from the moment I first heard the one-liner. To be able to speak aloud about such a hush-hush yet crucial matter, and for it to be laced with humour that will appease the family audience and all of this narrated from a female's perspective attracted me to the script.”

Directed by Raaj Shaandilyaa, Janhit Mein Jaari is produced by Vinod Bhanushali. The film is expected to hit the big screens on June 10.