Jaideep Ahlawat recently wrapped up the shoot schedule of the Sujoy Ghosh directorial along with Kareena Kapoor Khan. He let his hair down and was seen enjoying after finishing off his work commitments. While his co-star is enjoying in London, Jaideep was seen having a gala time at the success party of his web series Broken News along with Sonali Bendre and the rest of the team. The actor also seemed to let his hair down as he was seen dancing his heart out with Sonali Bendre on the latter’s popular song, ‘Humma Humma’ from the film Bombay (1995). 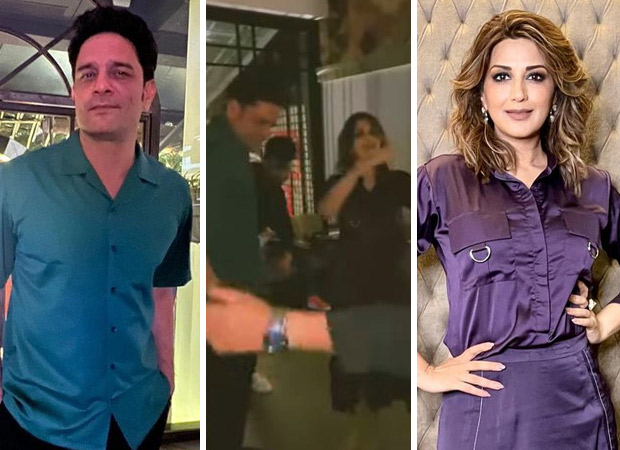 Movie buffs would be aware that before making her big debut, Sonali Bendre appeared in a few videos and dance numbers including ‘Humma Humma’. The film, which was also dubbed in Hindi, became renowned for its music including the peppy dance track which continues to be one of the biggest chartbusters. The original dance track featured Sonali Bendre along with Nagendra Prasad. Recreating the iconic number, while Sonali seemed thrilled, Jaideep looked even happier to be dancing with the ‘original Humma girl’, as described by him.

Jaideep Ahlawat took to Instagram to share a video of him dancing with Sonali Bendre on Humma Humma and even called himself as the ‘luckiest’ guy in the world. “For Those Who haven’t seen me Dancing ???????????? And that with The Original “HUMMA GIRL”❤️❤️❤️ Ain’t me one of the Luckiest guys in the world to dance with her on this !!!!❤️❤️❤️” Here have a look at the post:

While many of their friends from the industry couldn’t stop appreciating the video, The Broken News star Shriya Pilgaonkar seems to have given this a miss. She, in fact, commented on the said video, "I can’t believe I missed this”, to which Jaideep replied, “Yes … you did."

The Broken News premiered on ZEE5 and showcasing the truth behind the media industry, and their operations as two rival channels try to outdo each other.

Also Read: Jaideep Ahlawat on Bloody Brothers- “The audiences will get to witness so many twists and turns that they will keep wondering what is happening”