Sensual but always affable, Jacqueline Fernandez aces the rare penchant of infusing life in all that she does. Blessed with a lithe frame, a flawless skin, classic good looks and a smile that can tug your heartstrings, this Sri Lankan import has been a former beauty queen. If her vibrant persona isn’t enough, she goes on to slay varied vibes of exceptional dancing skills and a distinct style play. On their 20th anniversary, Bridal Asia launched their first ever edition of Bridal Asia magazine. As their first cover girl, Jacqueline Fernandez is seen striking a pose as a minimalist Indian bride.

Here is a closer look at her stunning avatar on The Timeless Issue. 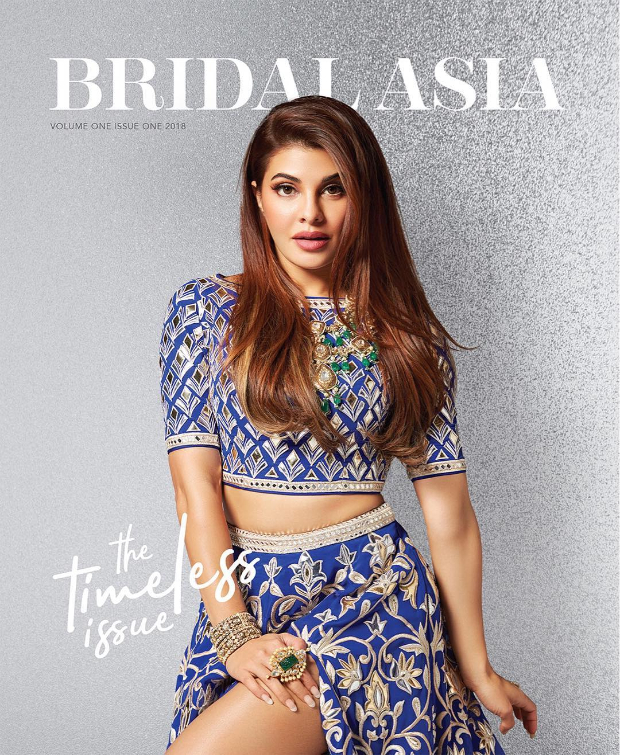 Jacqueline sports a thigh-high slit lehengas from Asal by the feted designer duo, Abu Jani and Sandeep Khosla. She sports a statement emerald ring and kadas by Jewels of Jaipur. Nude lips, subtle makeup and side-parted soft hair round out her look.

The exclusive copies of this edition would be available at the Bridal Asia exhibition. On the professional front, Jacqueline was last seen in Race 3 opposite Salman Khan. She will be seen in Drive opposite Sushant Singh Rajput slated for a release on September 08.

Salman Khan - "When my films were flopping…