Race 3 couple Jacqueline Fernandez and Salman Khan have always scorched the big screen with their chemistry and we all know that their equation extends off-screen as well. The two feature on the cover of the latest issue of Filmfare and needless to say, look absolutely STUNNING. In addition to this, Jacky spoke a lot about Salman who is both her mentor and her friend. He is someone she looks up to and credits her success to him, like many other youngsters lucky to find Salman Bhai’s patronage do. She revealed that Salman knows her for a long time now and has been recommending her name to big filmmakers like David Dhawan, Ramesh Taurani, among others because he believed in her. 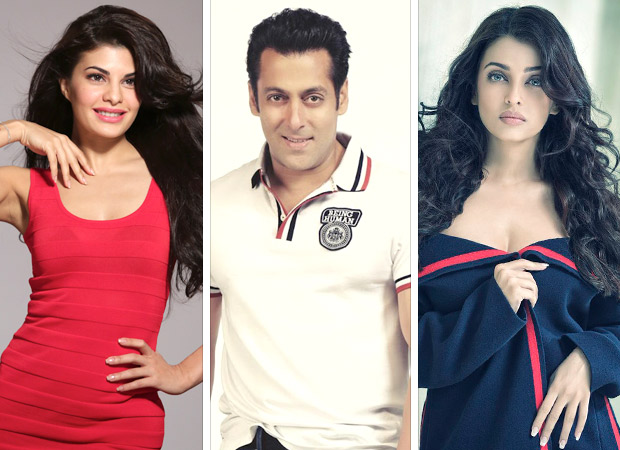 She revealed, “We share a good chemistry. We’re compatible. Salman has known me, not many people know this, from my early days in Bollywood. I was signed for Aladin (2009) when he probably saw me somewhere. He asked me to meet him for London Dreams. After that, I’d see him on and off at parties. In the past, he has suggested my name to David Dhawan sir, Sajid Nadiadwala and now Ramesh Taurani for Race 3. And all this without my knowing.”  She also spoke about the rough patch in her career and who inspires her. She said, “Whenever I go through a rough patch, I think about Amitji (Bachchan) Salman (Khan), Shah Rukh (Khan). What all these people must have gone through. They go through so much on a daily basis as well.  But they overcome it. They’re my inspirations. Even Priyanka Chopra has gone through so much. She’s the biggest inspiration to so many of us. My issues are nothing compared to what a lot of people have been through.”

Lastly, when asked who she thinks matches Salman’s charm brilliantly on screen, pat came the reply, Aishwarya Rai Bachchan. She said, “Aishwarya (Rai Bachchan) looked so good with him in Hum Dil De Chuke Sanam.  It’s one of my favourite films of his.  It’s the perfect onscreen pairing for me.”