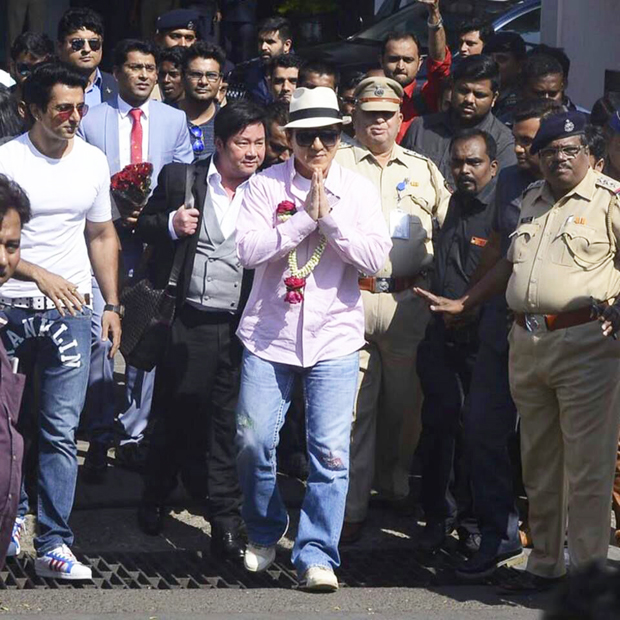 Jackie Chan and his crew landed in Mumbai today amidst the traditional welcome from everyone. Reports state that, Jackie Chan will be put up at a suburban five-star hotel, wherein he will be treated with a specially devised dance number that has been choreographed by Farah Khan. Grooving to the dance number will be the likes of Disha Patani, Amyra Dastur and Sonu Sood. 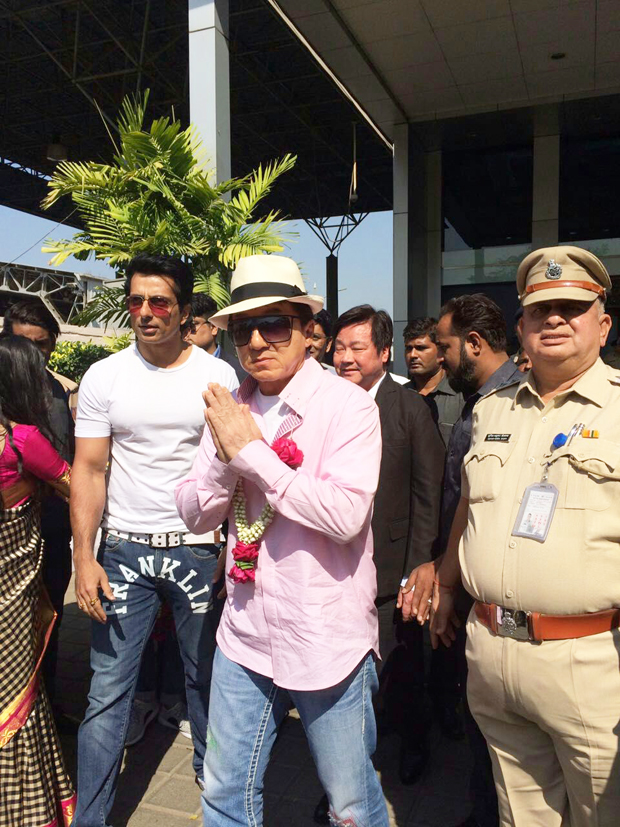 Readers may also know that, the Chinese superstar Jackie Chan had promised (through social media) that he will be meeting Salman Khan during his visit to Mumbai. What remains to be seen is that, will Jackie Chan be able to keep up his promise amidst his choc-a-bloc appointments.

"Do these people have their brains in…

Watch: Akshay Kumar urges everyone to…