Drishyam 2 has begun production. The actors Akshaye Khanna and Tabu were seen shooting for the sequel. Though Ajay Devgn is yet to kick off his portions, actress Ishita Dutta has also joined the cast. 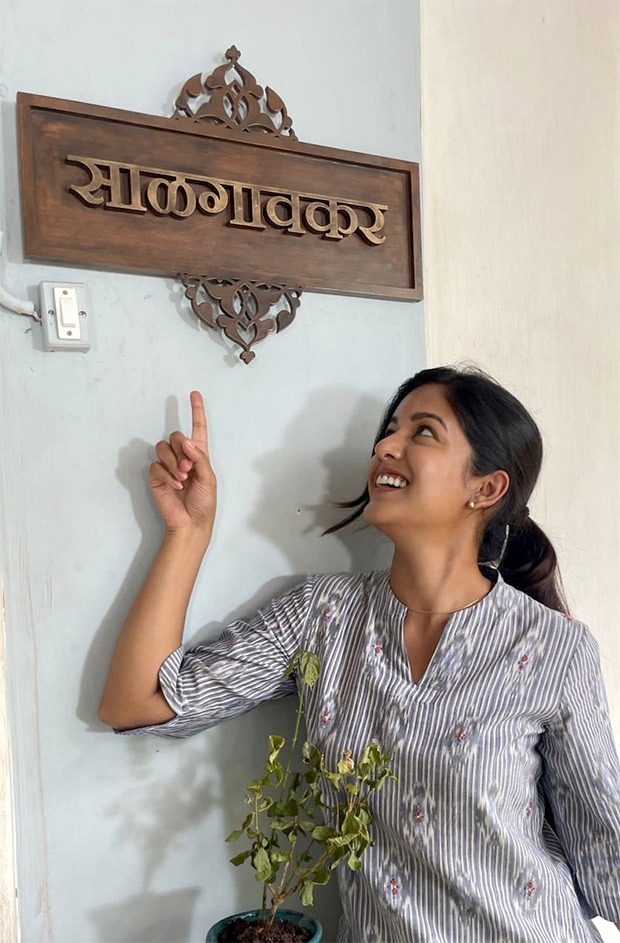 One such photo of the actress has surfaced online. Ishita Dutta is standing next to a door which has Salgonkar written in Marathi. The actress reprises her role of Anju Salgaonkar, who is Vijay (Ajay Devgn) and Nandini's (Shriya Saran) elder daughter (adopted).

The film, helmed by Abhishek Pathak, is a sequel to the 2015 crime thriller Drishyam starring Ajay Devgn and Tabu. Devgn is all set to reprise his role as Vijay whereas Tabu will be playing the role of Meera Deshmukh, Inspector General of Police.