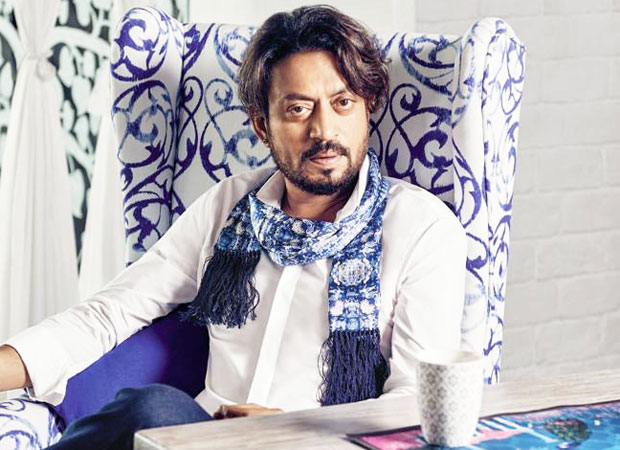 Irrfan Khan is currently gearing up for the film Hindi Medium which has him paired opposite Pakistani actress Saba Qamar who is making her foray into Bollywood with his film. The actor, however, has also been working on other projects simultaneously and one amongst them is Tanuja Chandra’s next. Considering that Babil Khan too was working for Tanuja’s next, Irrfan recently revealed about his experience of working with his teen son.

Earlier we had received a glimpse of Babil Khan working on the sets of Tanuja Chandra’s next which is an untitled travelogue. While it is a proud moment for every father, here’s what Irrfan had to say about the same.  Calling the experience ‘enriching’, Irrfan went on to add that he wanted to keep his son engaged and that’s when he decided to get him on board for Tanuja’s project. Readers may be aware that Babil is a camera assistant on the sets of the said film.

However, Irrfan was quick to maintain that he wasn’t particularly proud to get his son involved in filmmaking at the early age of 17. Despite all of this, it seems that Babil left Irrfan Khan surprised with his antics. Talking about the same, Irrfan Khan stated an incident about them shooting in Gangtok for the film wherein he came across his son’s presence of mind. As revealed by Irrfan, they were shooting at a pavement for a particular sequence during which they faced a chaos of sorts because they were unable to control the bystanders and the curious crowd. Taking charge of the situation, Babil not only managed to get hold of a dummy camera but also conveniently managed to distract the crowd by singing there. His stint had helped the makers accomplish work smoothly.

Further speaking about his duties as a father, Irrfan maintained that it is his duty to give his son ample exposure but what he chooses to be is a choice that he will be making according to where his interests lie.