After Nazia Nasim, IPS officer Mohita Sharma takes the Hotseat by a storm and becomes the next crorepati on KBC. The is slated to air on 17th November. Calm, collected and confident is how Mohita comes across in the promos released by SonyTV. With her charming smile, she seems to have gone through each question with a lot of thought & determination. What comes across very distinctly is something that she said – “Chahe jo marzi dhanrashi jeet ke jau, par raat ko jab so-un, to ye lage ki badhiya khel ke gayi” (Irrespective of the money I win, when I sleep at night, I should feel content about the game I played). Definitely, a contestant to watch out for! 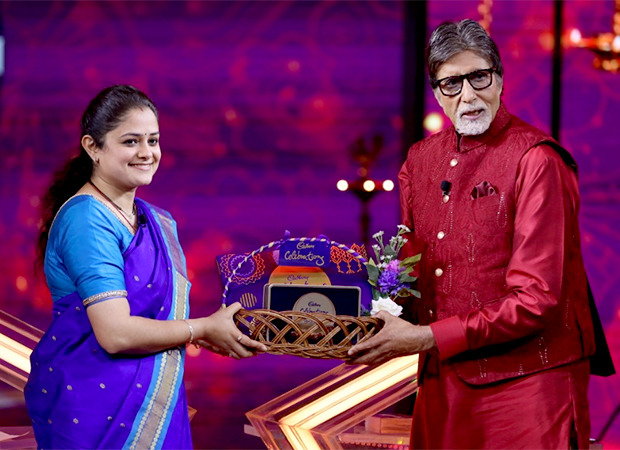 30-year-old Mohita is a native of Kangra, Himachal Pradesh and currently posted in Jammu Kashmir Cadre, as an ASP (Assistant Superintendent of Police) in Bari Brahmana, Samba. She looks after the law and order of a subdivision of the district. She has 2 police stations under her supervision namely Bari Brahmana and PurMandal.

Tune in to a thrilling episode of KBC, as contestant Mohita Sharma becomes the second crorepati of this season, on Wednesday, 18th November at 9pm only on Sony Entertainment Television.

Also Read: “KBC is an aspiration for every commoner like me and when that turns into reality, it is unmatchable”, says Nazia Nasim, the first Crorepati of KBC 12