Shahid Kapoor, who was last seen in the cricket drama Jersey, recently shared a photo on social media that has been garnering a lot of attention. The actor posted a picture from the balcony of his home in Worli giving a glimpse of the massive Mumbai view from a higher floor. Fans and friends of the star have been showering their love and appreciation on social media. For the unversed, the couple is expected to have shifted to their new residence in Worli last month. 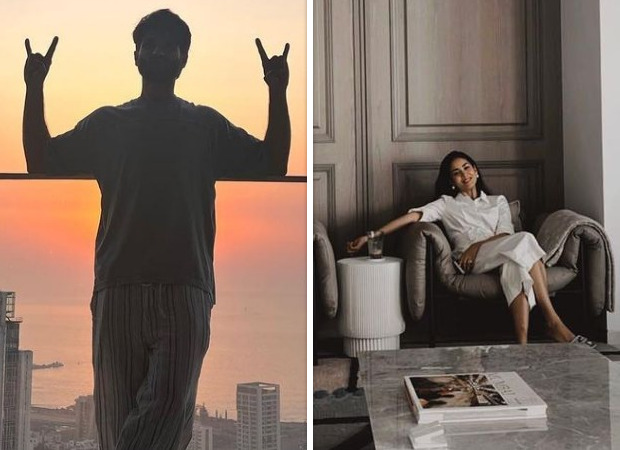 Inside Pics: Shahid Kapoor shares the sea-facing view from his new Worli home

Last month, reports suggested that Shahid Kapoor and his family decided to shift to Worli from Juhu after they felt their privacy was being invaded due to overcrowding in Juhu. The couple along with their children Misha and Zain shifted to a lavish apartment at Three Sixty West in Worli that too features an ample view of the Arabian Sea. Shahid Kapoor recently shared a photo of him enjoying this beautiful view from his balcony over the weekend saying, “Happy Sunday??” Music composer and Shahid’s close friend Sachet Tandon took to Instagram to not only drop a heart and fire emoji but also added a comment saying, “Coffee and Bekhayali Feel <3”

In the past, Mira Rajput shared several glimpses of her house. The first one was a sneak peek into the living room where we can see her sitting on one of the couches in the room. She posted the photo saying, “Who knows? Is this the start of something wonderful and new?” Followed by her message, several congratulatory wishes started pouring in from all quarters on the post. Besides that, Mira also shared another post during Diwali where she was seen posing along with the piano at their residence.

On the work front, Shahid Kapoor is expected to be seen in Farzi, which is a web-series to be released on Amazon Prime. The actor also has a project with Ali Abbas Zafar titled Bloody Daddy and later, a film with Kriti Sanon in the pipeline.