Katrina Kaif and Sidharth Malhotra do make a handsome pair on and off screen. They did a film together, Baar Baar Dekho, which unfortunately did not work at the box office but having said that the two struck a friendship and are often seen hanging out. Last night they PARTIED with the Bachchan siblings and looks like they had a lot of fun. Judging by the pictures, it was one hell of a night. What a way to ring in Friday night, right? Not just Katrina and Sidharth, who’s who of the industry right from Karan Johar, Kiran Rao, Aditya Roy Kapur to Rahul Khanna were seen letting their hair down at the bash. Dressed in casuals, Shweta Bachchan played a perfect host to her friends from the film industry. 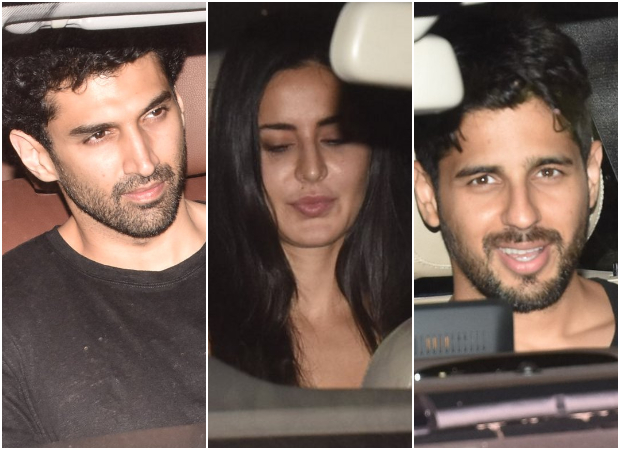 As far as Abhishek is concerned, he is shooting for Anurag Kashyap’s Manmarziyan and is set to comeback on screen after two long years. Wifey Aishwarya Rai Bachchan and doting daughter Aaradhya are out cruising around in the French Riviera on the occasion of Cannes Film Festival. This is Ash’s 18th year at Cannes and therefore a special occasion of her. Katrina arrived in a red top and denims and looked fresh as a daisy. She was last seen chilling with Sid and Aditya at Sonam Kapoor’s big ticket reception party where the who’s who of the industry had come to congratulate the lovely couple. It is rumoured that Kat and Sid might come together for one more film which is a biopic on Vikram Batra. She is currently working with Aamir Khan on Thugs Of Hindostan produced by Yash Raj Films.

Shweta Bachchan Nanda too was last seen at Sonam-Anand reception party where she made a dazzling entry with her designer friends Abu Jaani and Sandeep Khosla.