Reunions are possibly the most nostalgic moments of our lives as we see how far we have come. Recently, the Indian film industry came together to celebrate cinema of the 80s as popular actors from the era decided to join a reunion party. Big names from both Bollywood and South industries joined hands and hosted a fabulous reunion party with fun and games and it was truly star studded. From superstars like Chiranjeevi, Anil Kapoor, Venkatesh Daggubati, and Jackie Shroff to popular actresses like Shobana, Revathy, Khushboo Sundar, Meenakshi Seshadri, Poonam Dhillon, Tina Ambani (Munim), Padmini Kolhapure, among others attended the event. 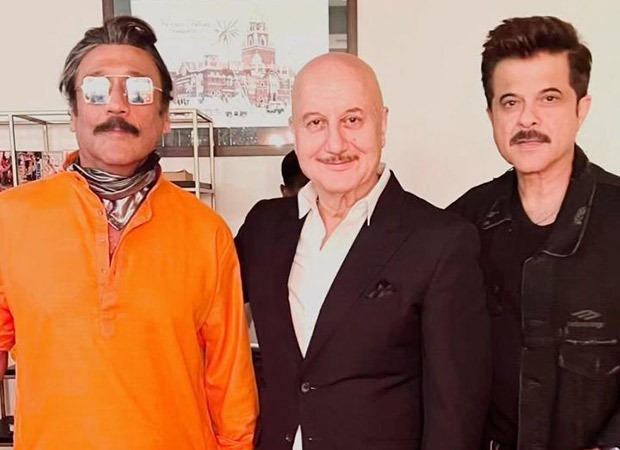 Inside pics of 80s reunion: Anil Kapoor, Jackie Shroff, Venkatesh, Chiranjeevi, and others come together for the biggest Bollywood-South party ever

Anupam Kher, who was also thrilled about the reunion and meeting his old friends, took to Instagram to share a glimpse from the bash. From Anil Kapoor, Khushboo, Madhu, and others rocking the dance floor to the actors bonding and reminiscing about old times, the video showcases some great moments from the party. The party also saw celebs like Raj Babbar, Suhasini Maniratnam, Sarathkumar, Bhagyaraj, among others.  Interestingly, Meenakshi Seshadri, who has been away from Bollywood for a long time, recently also made an appearance on television after over two decades as the celebrity guest judge of the singing reality show Indian Idol 13.

Meanwhile, posting this video on his Instagram page, Anupam also wrote a heartfelt note about the reunion saying, “We age not by years, but by our stories!” It was the most amazing, and joyous experience to meet class actors and actresses of 80’s at a reunion in Mumbai a week back. Unbelievably explosive talent under one roof! Wah! Maza aa gaya! Spot your favourite in this priceless video! ???? #ClassOf80s #Actors #Gold #Talent”

Besides this, Chiranjeevi also hosted another bash at his residence with the entire class of 80s that also included many other South celebs like Prabhu, Nagarjuna, among others.