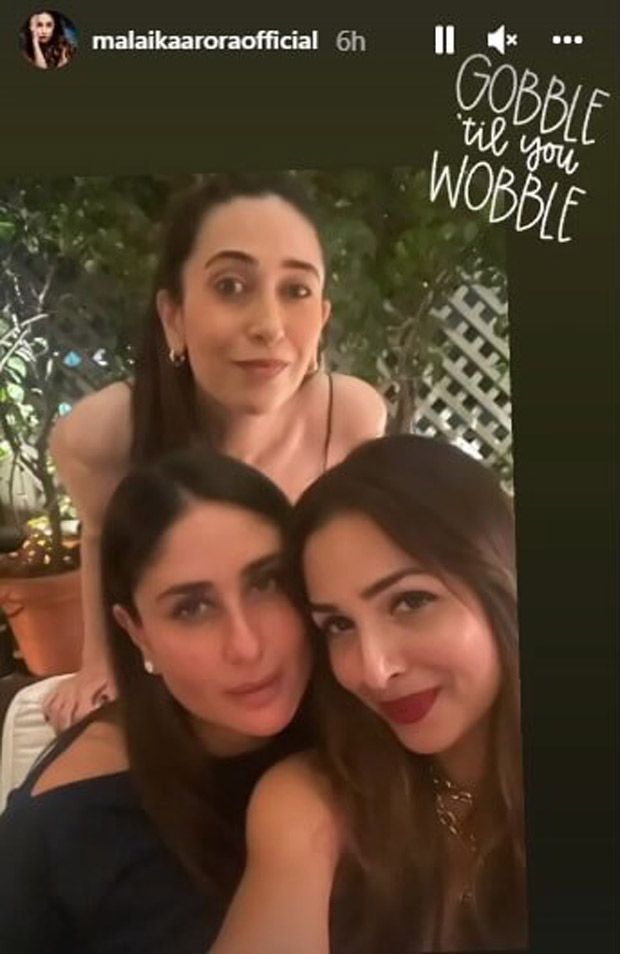 Malaika shared two photos from the extravaganza on Instagram. The first picture was of a candle. She captioned it with a “Happy Thanksgiving” sticker. The second picture was of her with Kareena and Karisma, with a sticker that read, “Gobble until you wobble.” 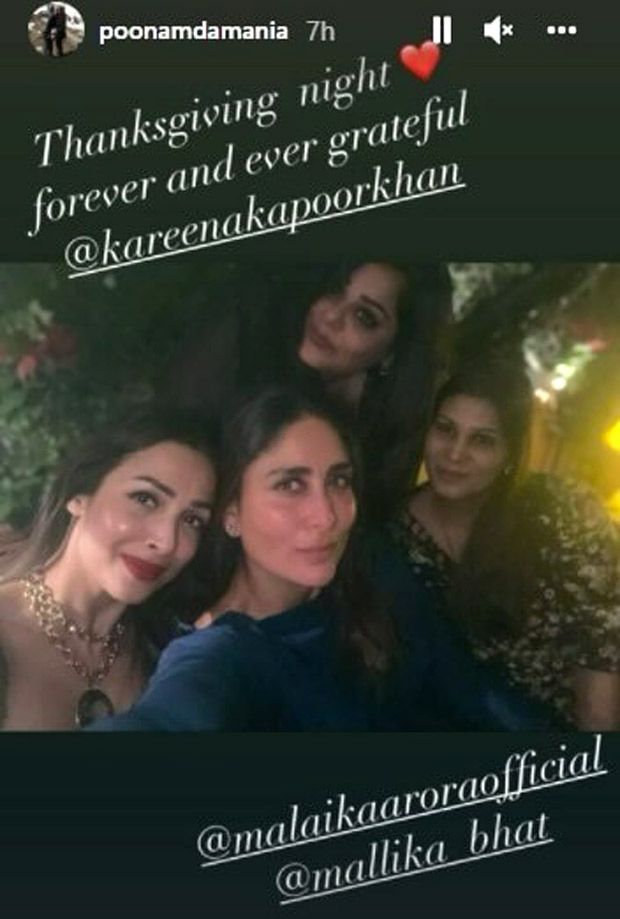 Earlier in an episode of Super Dancer Chapter 4, Malaika talked about how close she is with Amrita, Karisma and Kareena. She said that the four of them are 2 pairs of sisters and have a lot in common with each other but what they share the most is their love for food and that is why everything around them revolves around food."

On the work front, Kareena Kapoor Khan was last seen in the 2020 film, Angrezi Medium. She has recently wrapped shooting for Laal Singh Chaddha, a remake of Hollywood classic Forrest Gump. The film stars Aamir Khan in the lead role.  Malaika is currently seen as a judge on India's Best Dancer 2, alongside choreographers Terence Lewis and Geeta Kapur.