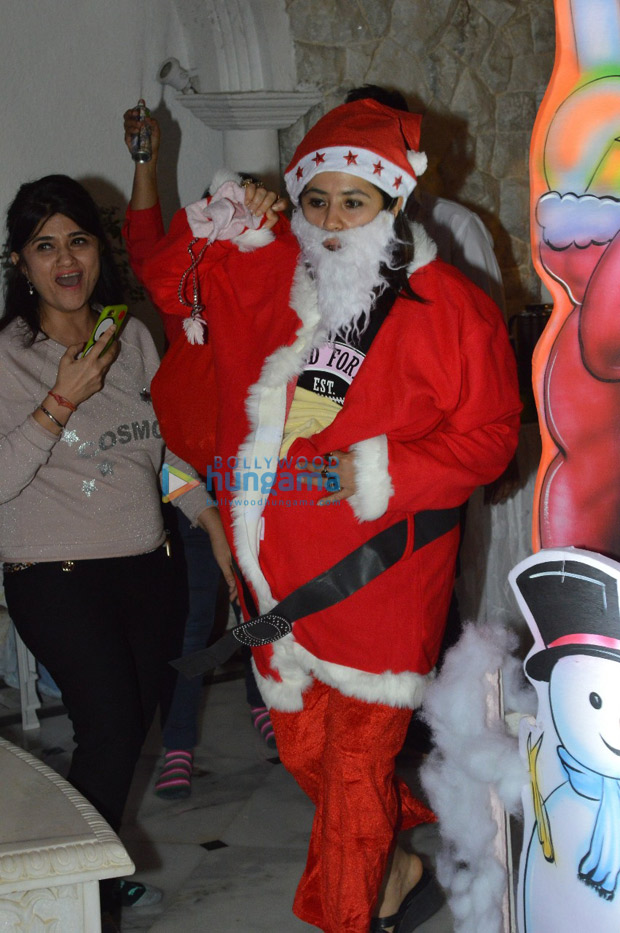 Just a couple of days back we had reported that Tusshar Kapoor host a special Christmas bash for his son Laksshya. But what was interesting was the fact that, apart from Laksshya being present there were a host of other kids which included Karan Johar’s twins Yash and Roohi. Well now we came across these inside images of the grand Christmas party, and we couldn’t help but notice who played Santa Clause for the kids. Donning the Santa suit was none other than Ekta Kapoor herself complete with a sack of goodies and the trademark white flowing beard. 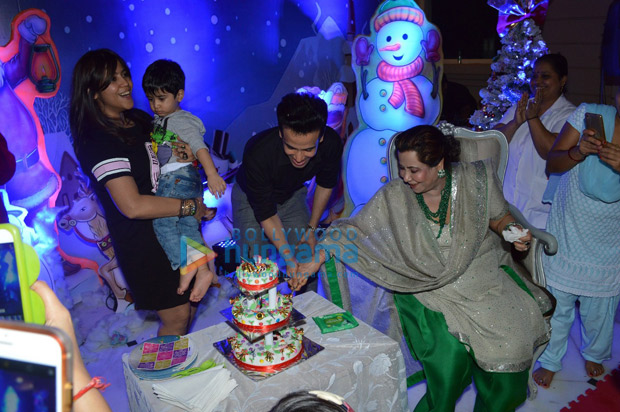 Apart from Santa making an appearance to greet the kids, there was also a cake cutting session that saw Tusshar and Shobha Kapoor cutting a three tiered cake, while Laksshya looked on. 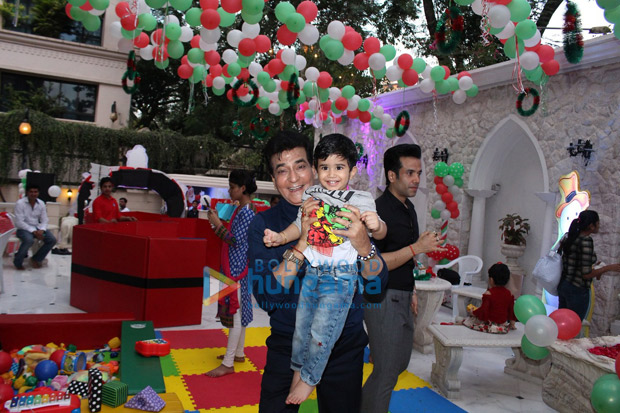 While the Christmas bash also saw Abhishek Kapoor’s wife Pragya Kapoor arriving with her their kid, and Kanchi Kaul with her, veteran actor Jeetendra was also snapped having a gala time with the kids, and Laksshya. 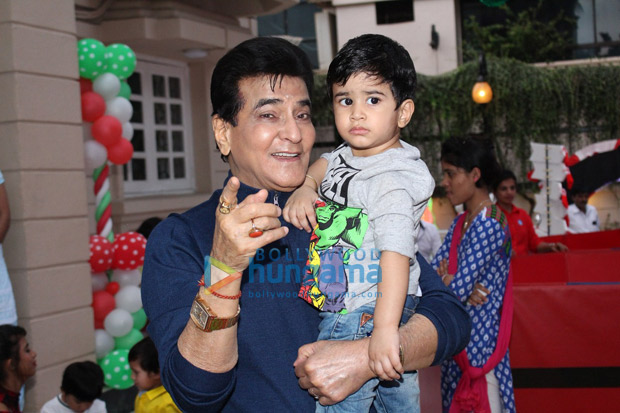 But the seeming highlight of the evening was Karan Johar and his twins Yash and Roohi. While doting father Karan turned up sporting a pink t-shirt, little Yash looked cute in a white and blue ensemble while the darling Roohi sporting a soft pink dress. Interestingly, contrary to the usual camera shy behaviour, Karan, Tusshar and the kids happily posed for the cameras. 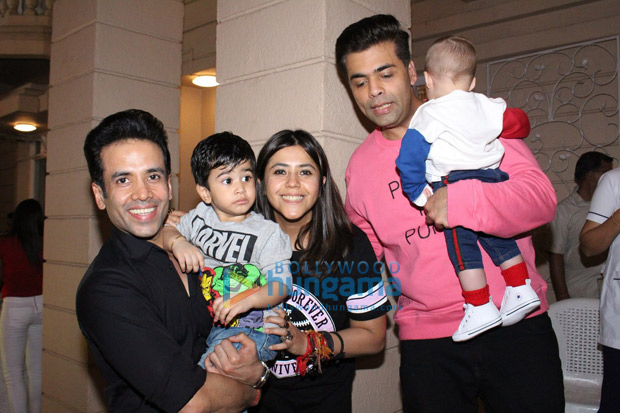 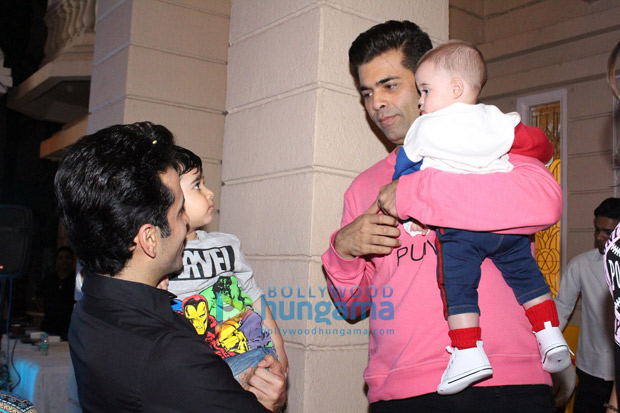 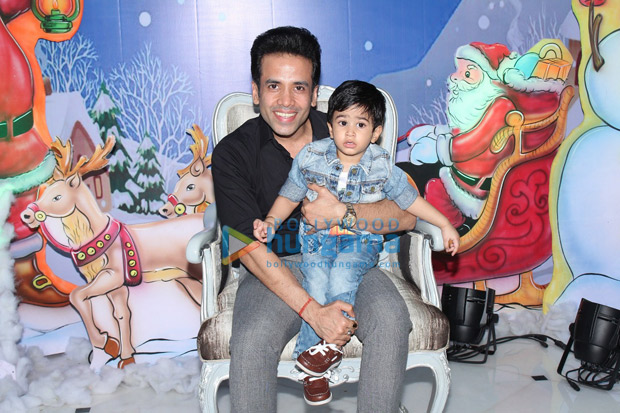 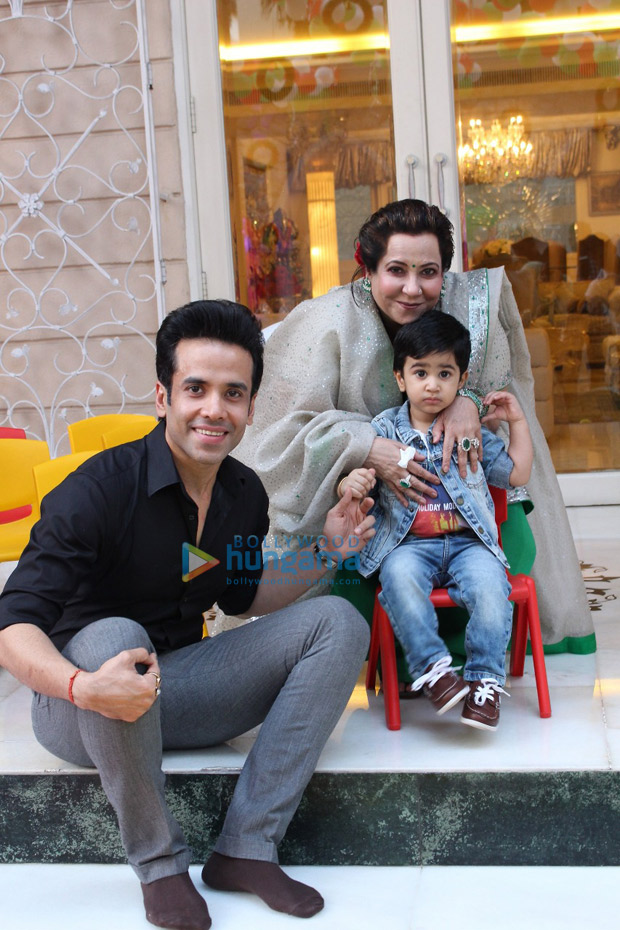