The day has come as fans are thronging the theatres across the country and worldwide to watch Shah Rukh Khan returned to the big screen in a lead role with Pathaan. The anticipation is through the roof, and social media pages are buzzing. A day before the release, YRF hosted a special screening attended by the lead stars Shah Rukh Khan, Deepika Padukone, John Abraham and director Siddharth Anand. 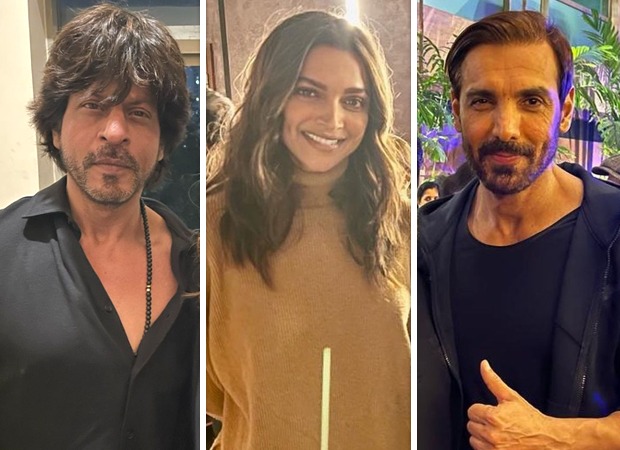 Lyricist Kumaar, who penned the song ‘Besharam Rang’, took to Instagram to post pictures with the cast and director Siddharth Anand. For the screening, SRK donned a black shirt, denims and unkempt hair. John opted for all-black look. Deepika wore a beige jumper and matching pants.

Actress Ekta Kaul also posted a photo with Shah Rukh Khan and captioned it, “Sums it all! #thankyou2023.”

Meanwhile, fans are elated to see Salman Khan’s cameo in Pathaan. He will reprise the role of Tiger before arriving with Tiger 3 in theatres during Diwali 2023. Shah Rukh Khan stars alongside Deepika Padukone and John Abraham. Helmed by Siddharth Anand of War fame, the film has arrived in theatres in Hindi, Tamil and Telugu.