Actor Akshay Kumar took to his social media to launch of the teaser of his much-awaited film Mission Mangal on Tuesday. The film is based on the Mars Orbiter Mission project launched by the Indian Space Research Organisation (ISRO) in November 2013, to put a space probe in planet Mars' orbit. He wrote, "Ek Desh. Ek Sapna. Ek Ithihaas. The true story of India’s #SpaceMission to Mars is here." 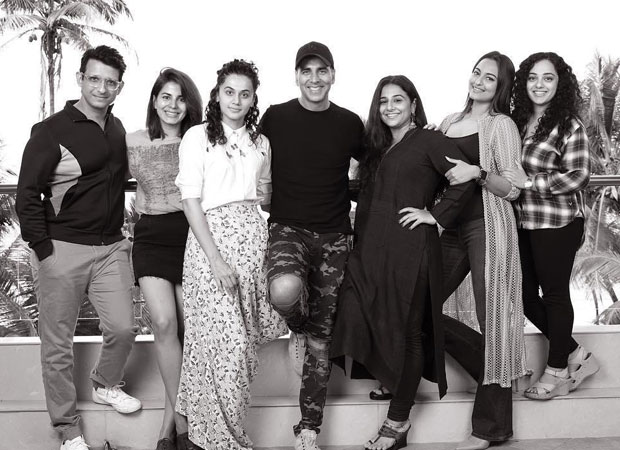 While ISRO is all set to launch Chandrayaan 2 in a few days, the official Instagram handle of ISRO has now responded on Mission Mangal's teaser. It says, "Ek Desh. Ek Sapna. India to be a space superpower. Few Days to go for achieving new Milestone! #Chandrayaan2." 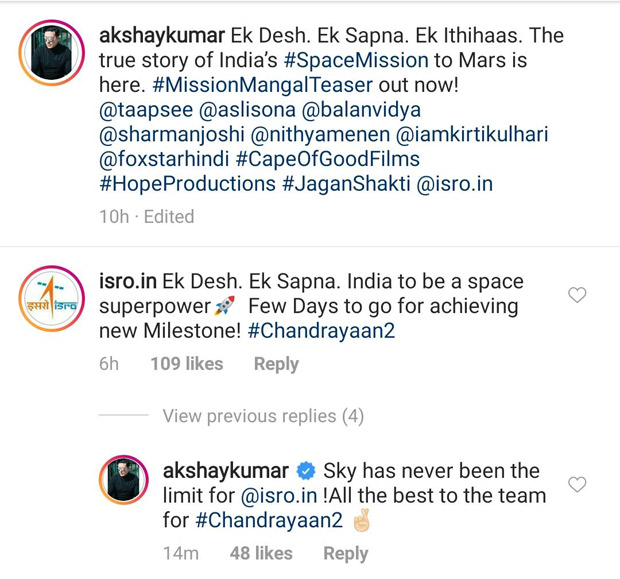 As the film is set for Independence Day 2019 release, Akshay is hoping the film inspires everyone. He took to his social media to share a note about his upcoming production and wrote, “#MissionMangal ,a film which I hope will inspire as well as entertain. A film which I’ve done specially for my daughter and children her age to familiarise them with the incredible true story of India’s mission to Mars!”