Actress Hiba Nawab made her debut with Lo Hogai Pooja Iss Ghar Ki and later also appeared in Saath Phere as a child artist. Post that She started out as a lead with Channel V's youth-based shows. While her stint in Tere Sheher Mein as Amaya Mathur got her immense popularity. Currently, she is seen in a double role as CP and Chandraprabha in Sab TV's popular horror-comedy drama, Jijaji Chhat Par Koi Hai which is the sequel of Jija Ji Chhat Par Hai. 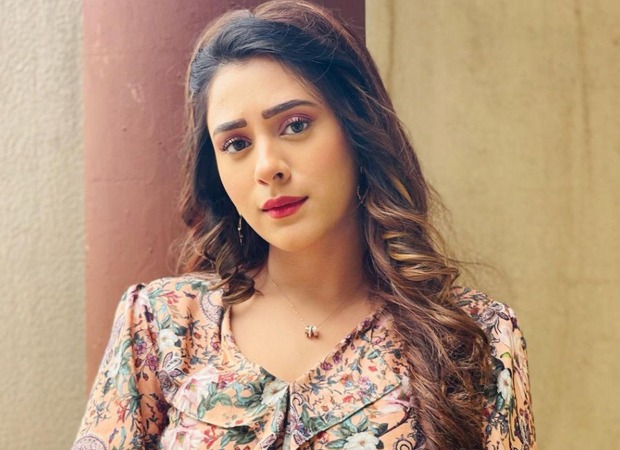 Recently in an exclusive interview with Bollywood Hungama, Hiba spoke at a length about her journey so far and her character in the show. She also spoke about working with Nikhil Khanna and Shubashish Jha and the challenges of shifting from one season to another.

Talking about her journey so far the actress said, "It was very nice of courses. It is called a journey because you have different phases and I too had different-different phases in my journey. I did my first show as a protagonist in 2013 and it's been more than 8 years that I have been doing work constantly. I have been doing a different kinds of shows. I started with Channel V's youth-based show and then I did Tere Sheher Mein, Meri Sassumaa and Bhaag Bakool Bhaag, then Jija Ji Chhat Par Hai, then its season 2. I have been lucky, I would say because I kept doing different-different kinds of stuff, I did youth-based shows, I did a lot of drama and then I landed into comedy finally and I really love this genre."

She added, "Out of all, I love this genre the most. I believe in situational comedy what we have been doing or what I did in my last show. That has been really great, I'm lucky that I have been playing different kinds of characters. The current character which I'm playing is a very basic girl and this is 50% me. The character's look is influenced by a Delhi girl and my idea of a Delhi girl. It is a mixture of both, It is really nice at the same time I'm being realistic also with what I'm doing and at the same time, I'm trying to connect with my character as much as possible so that people can relate to it."

Later in the chat, She also spoke about the hurdles she faced while playing a double role. The actress said, "It's been almost months now, I have got used to it. In the beginning, it was very very difficult for me to differentiate like even both of their's eyebrows are even different, the ways they talk, the ways they walk, the ways they scream, everything has to be different, they just look alike. But they are nothing alike. So, for that, I have to show this both girls are different and poles apart. For that, we had workshops, we had readings, we tried especially working on the ghost character and that's pretty tricky. We worked on it in the starting itself, the ways she walks, the ways she looks, her makeup especially in order to give her that kind of aura with the jewellery and the hair. There are times that by your looks, it is clearly visible. So, I feel the look is very important for a character and that has been created very well. We did a lot of look tests for the same and then finally came to this. It takes me hours to switch from one to another. Playing a ghost is different because I can't be me, I have to be someone else. It is difficult at the time, but my director has been very helpful and at the end of the day, everything just happens." 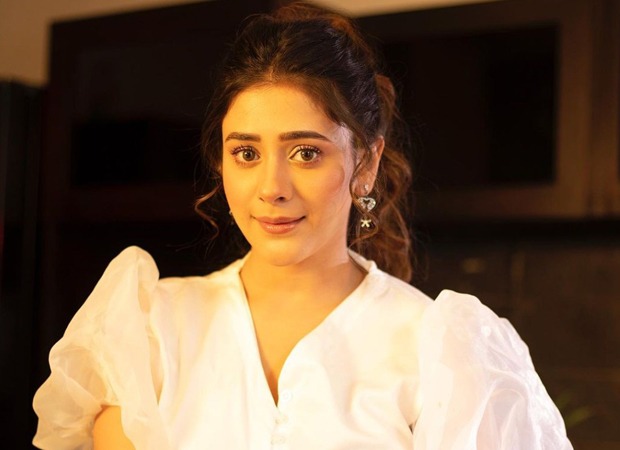 Talking about the shift from 1st season to the 2nd season of Jijaji Chhat Par Hai and working with a new co-star, the actress said, "It was not a challenge for me because I've done 5-6 shows previously and I had different co-actors everywhere. So, I think I'm very much used to it. That journey was also amazing and Nikhil is a very good actor especially. I loved working with him. That journey ended and then this new journey started, then I had new co-actors. So, I knew for a very long time that there will be a new character and that they will be introducing a fresh family. So, I knew since the beginning and when I met him he was very nice, well mannered and a good actor when we were together. Even offscreen, we don't talk so much, he is quite reserved and even I'm also in my own zone as I play two different characters. So, I'm always running here and there every time to getting ready. So, we really don't get time to get in touch. But I really like that whenever I'm doing a scene we really connect and that is the best thing. Offscreen we don't spend a lot of time, gradually one bond with each other and day by day it's getting better between us."

She also added, "It is important to have a connection and there is a connection which I feel and I'm sure he must be feeling it too. We kind of know each other as an actor pretty well and we know what their next moves must be. We kind of balance each other for that. We don't prepare for it, Whenever I do something, he just clicks and counters back and the same is with me. That connection is really important with your co-actor and especially when you are romancing each other on-screen."

We also asked her who's been her most wonderful co-star, to which she said, "Acting-wise, everybody was wonderful but if you ask me one, it'll be definitely Nikhil. Nikhil is quite good, I feel that personally. Like everybody is good, even Shubhashish is great. I and Nikhil use to fight a lot (laughs). Acting-wise also even if you ask me, I think Nikhil only, Why not."

In the end, we also asked about her experience of shooting amidst the pandemic. To which the 24-year-old actress expressed, "Everything has been changed, the style of shooting has been very different. There are no junior artists on the set. We can't properly shoot outdoors. We can't do a lot of things as we are restricted. Creatively also we are very very restricted. While shooting also, we can't do many sequences. 50% of the sequence has gone because of the pandemic. But at the same time, it's a blessing as well that we are working because not only us, but many people are working on daily wages also. They are at least 70-80 people generally on the sets, everyone has got employment and they have their families to feed. So, for them also it's a blessing but we all are very very cautious as once in 2 weeks, we get our Covid tests done. While everything including Sanitizers and masks is abundantly available. We are taking as many precautions as we can because, in the end, we need to run our houses as well."

Also Read: “I can never believe whatever has happened,” Hiba Nawab on rape allegations on Pearl V Puri