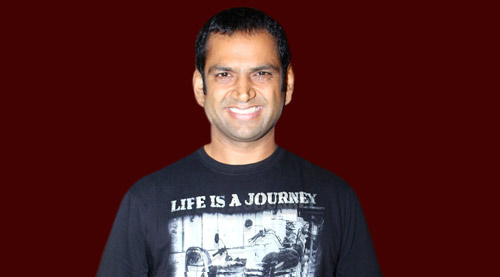 While the film industry is no longer afraid to poke fun at their own selves and are displaying a yen for sophisticated humour off-screen, in the movies, it's still the slapstick masala comedy that rules, feels actor Sharib Hashmi.

'Yes, celebrities can definitely laugh at themselves, especially the new crop of actors. Earlier, several stars would take offense at the slightest pretext. For instance, veteran actor Manoj Kumar had taken offense at the way he was depicted in Om Shanti Om. Things have changed now.

Although, shows like AIB Knockout - The Roast of Arjun Kapoor and Ranveer Singh, have been scripted, stars are still making a fool of themselves before millions of viewers crossing all limits. Like the Alia Bhatt spoof by AIB that had her say she could be India's first woman Prime Minister. It would be an honour, if someone as senior and respected as R.K. Laxman were caricaturing actors. The actors would take it in their stride even if a regular cartoonist sketches them. Personally, I feel that if you're being made fun of, it means that you've arrived. According to me, imitation is the best form of flattery.

This is an image driven industry, but if an actor wants to project a particular image, then they're entitled to do it. But, if someone wants to be reserved and guarded, it's their wish, whether to feel offended or not. If you're talking about mainstream cinema, the hero is always projected in a positive light as the common man prefers to watch escapist fare. They enjoy watching someone slipping on a banana peel in Charlie Chaplin style. However, a Katrina Kaif will behave differently from Ranveer Singh, but then there are several actors who can laugh at themselves like Arjun Kapoor, Parineeti Chopra and even Salman Khan!

Any genre that has a niche audience is not considered popular. This is the reason why love stories, action films or thrillers have the maximum opening at the box-office. For instance, not many political satires are being made, as it takes a certain well-read and aware intellectual to enjoy it.

Phas Gaya Re Obama was a political satire, but not many saw it as it didn't cross the Rs 100 crore mark. Your film must earn Rs 100 crore and be 'idiot proof' with everything dumbed down. Feroz Abbas Khan's Dekh Tamasha Dekh that starred Satish Kaushik, didn't do well either and not many are even aware of that film. Tere Bin Laden did relatively better as it was promoted well. The success of these films largely depends on its cast and the way it has been promoted. The big money spinners are 'laugh out loud' comedies. Even in Hollywood, slapstick and sex comedies starring Ben Stiller and Adam Sandler do well in comparison to the satires and other kinds of comedies.

Had Aamir Khan and Shah Rukh Khan acted in Filmistaan, it would have been a different story at the box-office. If big stars start acting in niche genres, it may help promote it. I'd like to see well-scripted, films with less gimmicks and more satire in it. But, for this, people need to be more educated to encourage the film-maker to be make different kinds of comedies.'