Last Updated 26.01.2022 | 2:33 PM IST
feedback language
follow us on
Bollywood Hungama » News » Bollywood Features News » “I was 10 years old when I first listened to the West Side Story album” – says Steven Spielberg on why he chose to make this musical starring Ansel Elgort and Rachel Zegler 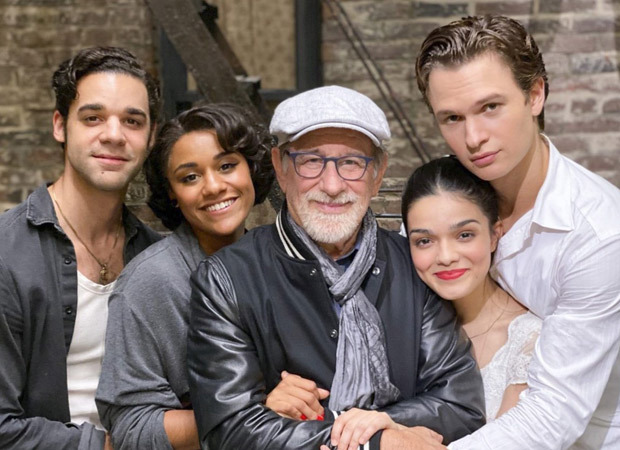 Bringing together the best of both Broadway and Hollywood, here's a special behind-the-scenes video of Steven Spielberg's majestic filmmaking for West Side Story! “I have been challenged by what would be the right musical to take on. And I could never forget my childhood,” Spielberg says in the video. “I was 10 years old when I first listened to the West Side Story album, and it never went away. I’ve been able to fulfill that dream and keep that promise that I made to myself: You must make West Side Story.” 10-Year-Old Stevie must be thrilled that 74-Year-Old Steven kept his promise… and made some sick dinosaur movies along the way.

"It's just that love bridges every divide. It's timeless in the sense that we [should] be reminded of that story as often as possible," says Spielberg.