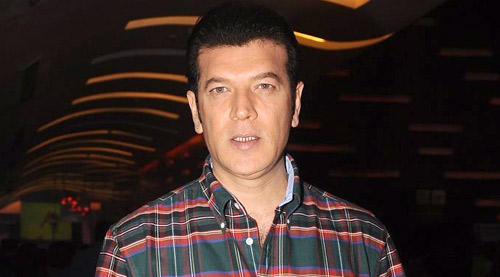 Proud father Aditya Pancholi can't stop counting his luck for being able to share screen space with his son Sooraj in the latter's debut film Hero. "It's one of those things. It is destiny. The fact that the director Nikhil Advani offered me the part of Pasha that was played in Subhash Ghai's film by Amrish Puriji is just a stroke of luck for me," says Aditya emotionally.

Amrish Puri is an actor Aditya has always admired. Contrary to reports Aditya doesn't play his son's father in Hero. "I play his mentor. The man who prompts Sooraj into doing what he does in the film. The way I see my character, he is pivotal to the plot. I see myself as a catalyst in my son's film. If he wasn't in Sooraj's life there would be no story to tell," says Aditya.

Watching his son perform for the camera was an emotional experience for Aditya. "I can't put in words what I feel to see my son up there. It's an experience I can't share."