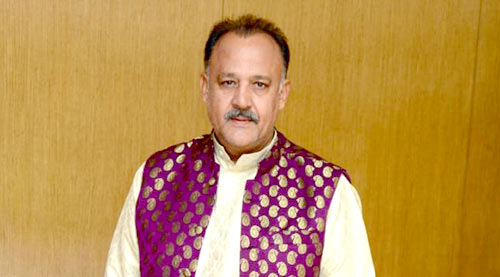 Ever since the character actor, and the actor of character Alok Nath tweeted calling a social activist a 'b**ch' after she questioned the Prime Minister Narendra Modi's selfie campaign featuring fathers and daughters, Alok has been fobbing off a vast volume of vitriolic.

Speaking on his offensive Tweet, Alok says, "It was done on the spur of the moment. I was very upset when the lady called our prime minister a 'stalker'. She had no business to be so crass and disrespectful to a man who holds the highest office in the land and who is trying to do only good for all of us. According to me, the idea of fathers posting selfies with ones' daughters was just so fabulous. Why spoil it with such crass negativity?"


Alok says the 'bitchy' comment was an emotional response. "I reacted as a huge fan of Narendra Modiji and as the father of a daughter who had just a posted a picture for Modiji's request. When I read this lady's 'stalker' comment, I was shocked and disgusted. This lady was insulting all the daughters of the land, including mine. I reacted emotionally. I shouldn't have used such strong and harsh words. I immediately regretted my impulsive response and deleted the tweet. But it was too late. I was flooded with hate messages."


Alok Nath says he is more amused than honoured by the 'sanskari' image audiences have given him.


"It prohibits me from crossing the line most of the time. But it isn't an image that I consciously cultivated or even wanted for myself. It just happened. And it isn't a bad image to live with. I quite enjoy the image of a principled Babuji," says the real-life Babuji whose daughter has learnt filmmaking in the US and has assisted Anurag Kashyap recently.


Speaking on the unlimited freedom on Twitter to have one's say Alok comments, "There are those with a name and face on Twitter. They become easy targets for the nameless faceless."