Last Updated 30.11.2022 | 4:30 PM IST
feedback language
follow us on
Bollywood Hungama » News » Bollywood Features News » “I paid so I could move on in life. Now I am scared to meet other writers” – Kunal Kohli 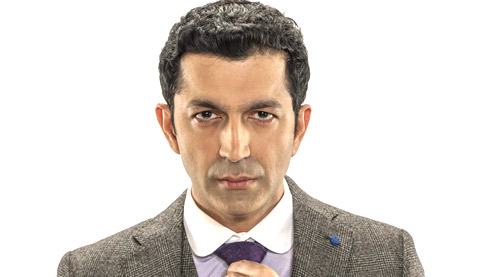 Having succumbed to legal pressures paying up a compensation of Rs 25 lakhs to writer Jyoti Kapoor for alleged copyright infringement director-turned-actor Kunal Kohli sighs, "There wasn't much else I could do. The honourable Supreme Court in all its wisdom gave us the option of a settlement. I settled for it."


Continues Kunal, "But please understand the honourable courts imposed no stay order on my film Phir Se. I was free to release my film. But I chose the option of settlement. The honourable Judge said he believes creative people should promote the culture of settlement."


But paying up implies that the complainant was right?


Kunal disagrees. "No not at all. The earlier High Court verdict stands. Neither the High Court nor the Supreme Court said there was any infringement. But a legal battle can go on for a very long time. The honourable judges said I was free to release my film and let the case go on in the honourable High Court. I didn't want to go through the rigmarole of court hearings and lawyer's fees. The courts have many far more important matters to attend to than an alleged case of plagiarism. Courts are very expensive."


Having vehemently fought off the copyright-infringement charge doesn't the monetary settlement encourage other writers to similarly come forward with copyright claims?


Kunal concedes, "That's a very important point. The case lingered on till my film's release. I can't afford to keep fighting a legal battle. Neither can other filmmakers who have been similarly taken to court. Ask Ram Gopal Varma, Mukesh Bhatt and Habib Faisal. They've gone through this. "


Kunal is not saying that writers are not within their rights in claiming copyright infringement. "Writers do become victims of plagiarism. But not this time. Renuka Kunzru wrote Break Ke Baad for me. She got full credit for it. She was a new writer. I could've stolen her credits if that is the kind of person I was. Shibani Bathija wrote Fanaah for me. Did she have any problem for me?"


Now Kunal says he will think twice before entertaining a writer. "To be honest I am scared. I will first have a new writer or lyricist or a music composer sit down with my team of lawyers so that they don't drag me to court later. Anyway, I am moving on. In any case both the honourable High Court and the Supreme Court had made it clear there would be no stay order on my film. It was Jyoti Kapoor's lawyer who proposed a settlement. And there the matter ended. I was fed of discussing legal strategies instead of marketing strategies for my film. I am writer and filmmaker and now hopefully an actor. After two blockbusters in a row this is a good time to come into theatres."