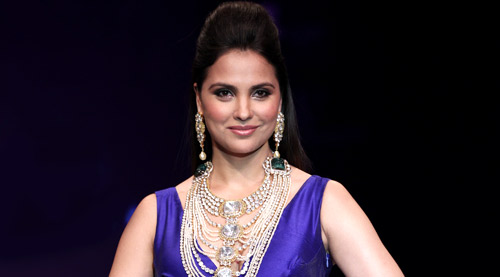 Right now the beautiful Lara Dutta who made her screen debut with Akshay Kumar and Priyanka Chopra in Andaaz in 2003 is happy to be getting her share of encomium for her role as the English-to-Hindi translator Emily in Singh Is Bliing.


The praise for her comic aptitude is pouring in.


She laughs, "It's all very welcome. When Akshay told me about the role, I had no hesitation in accepting the part although it wasn't that of the conventional female lead. I've worked with some of the best comic actors in Bhagam Bhaag, Partner, Do Knot Disturb and Housefull. So Singh Is Bliing is not my first comic role. But yes, the director Prabhu Dheva wanted a different kind of comic performance here. While the earlier comic roles required me to express all the humour of the situation through facial expressions, Prabhu Dheva's comedy required more physicality."


Lara Dutta has no regrets about moving out of the conventional leading-lady's zone. She is all praise for Akshay's Singh Is Bliing love-interest Amy Jackson.


"It's a relief not to have to shoulder that responsibility. As for Amy, she has worked so hard on her role. It's sad to see the comments about her performance being restricted to how good she looks in a bathing costume," observes Lara.


Lara Dutta will next be seen in Tony D'Souza's Azhar, the bio-pic on the life of cricketer Mohammad Azharuddin. She plays a lawyer in Azhar. "I ask all those questions that the nation wanted to ask after the controversies (regarding the cricketer) broke out. So in a way I am the film's voice of the conscience. In Fitoor I've a much smaller role. At this juncture of my career I just want to do the work that interests me."