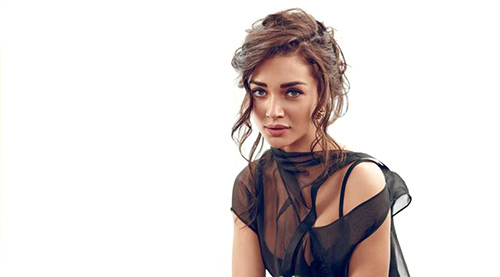 When you have Akshay Kumar for company you are bound to be galvanized into action. Not surprisingly Akshay's Singh Is Bliing co-star Amy Jackson has done some truly breathtaking stunts.


Amy just can't stop preening over her action scenes. "After I did Shankar's I, People asked me what my dream role was. I said I really wanted to play an action role. And not just any action role, but one that gave me an opportunity to do stunts never done before."


Singh Is Bliing provided Amy Jackson with just the opportunity she was looking for. "Would you believe it, in Singh Is Bliing I get to do mixed martial arts and kick-boxing for which I was trained by a professional action specialist Aniket."


Amy feels Indian actresses don't get to do the action that they deserve. "When it comes to action scenes I feel heroines are short-changed. I've these huge action sequences in Singh Is Bliing. It's something that has never been done before by any actress in India cinema."


To prepare for the fights Amy invited her trainer to Chennai where she was shooting. "I was shooting for a Tamil film with Dhanush. Aniket would come to Chennai and train me an hour before shooting and a couple of hours after shooting. So I was ready when I started shooting the action scenes."


When the shooting actually started, Akshay helped Amy. "He gave me a lot of advice during the action scenes. Without his support I wouldn't have been able to attempt the stunts that I have done in Singh Is Bliing. Working with Vikram in I and Akshay in Singh Is Bliing was like attending two acting schools one after another. I've a learnt a lot on the job."