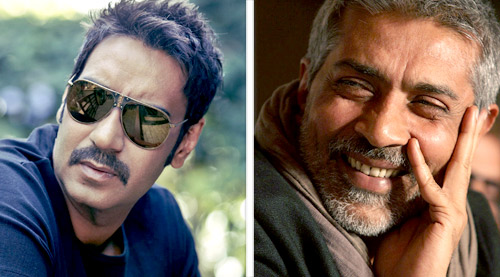 Filmmaker Prakash Jha seemed in a relaxed, happy mood as he graced a special screening of his film Jai Gangaajal for women police officers at a multiplex in South Mumbai. The filmmaker was asked the usual queries about the film, the action bit, role of police in society etc. But his replies to two answers stood out.

Firstly, a reporter asked him whether the film hasn't been well promoted. Mr Jha lost his cool at this point and retorted, "Who said promotions haven't happened. Say that Priyanka Chopra is not here. But the film has been promoted (satisfactorily)."

Then when he was asked why Ajay Devgn, lead actor of Gangaajal wasn't casted in the sequel, Prakash Jha's answer left everyone in splits. He said, "The script of the film demanded a female police officer. Now for such a role, I couldn't have casted Ajay Devgn. No matter how much make up or prosthetics were used, it would have been very unconvincing to pass off Ajay as a lady cop! Hence, we decided to cast an actress for the lead part."