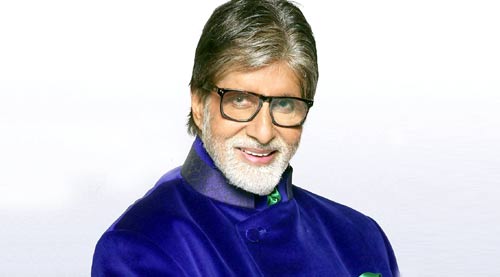 Lately an unsavoury debate has erupted over celebrity endorsements of goods and products that may be a health hazard. As someone who endorses number of products including Maggi, the product that has landed in a soup, what is your take on the issue?


Since the matter is now under subjudice it shall not be prudent to make any comment. All I can say for the time being is that as soon as proceedings are filed against me I shall consult my lawyers and co-operate in the investigations that the Honorable courts of Law and Justices stipulate. As far as the product in question is concerned I stopped endorsing Maggi almost 2 years ago. My contract with them has expired and is over. I do not work for Nestle as a brand ambassador any more.


Piku was like a breath of fresh air for the film industry. What do you think really worked for the film?

How wonderful of you to address the film Piku as 'you have a breath of fresh air'. There have not been many occasions in my film career, when a film of mine has garnered such a comment. Thank you. Yes, Piku has been a revelation to us. It has connected I think with audiences of all ages. There has been a Bhaskor in each family and a Piku as well. It has been a connect which gave a special identity and that has been most rewarding.

How difficult was it for you to discuss bowel movements so liberally on screen?

Once you agree to play a role in the film all that comes with the character, needs to be enacted, scatology notwithstanding ...

You have crossed a staggering 15 million followers on Twitter. What are your thoughts on this amazing feat?

I am so humbled that well-wishers come on to my site and give me the privilege to interact with them. It has been a most rewarding experience. I speak with them 'virtually' and they express themselves to me everyday. They express their love and affection, their likes and dislikes, their criticisms, and analysis on varied subjects that I am involved in. They abuse and threaten. And since I do not moderate my social media they have the right to do so. Its how social media functions! One must be prepared to get the good with the bad. I now know most of my EF personally. My 'extended family' as I refer to them. They come over to meet me and when I travel to distant lands I meet them there. It's really the most rewarding moment for me. Its a family that has evolved involuntarily, and which binds all of us. Its been fascinating and wonderful.

You are months away from your 73rd birthday and yet you continue to go great guns. How do you explain your incredible longevity as a leading superstar of the Hindi film industry?

I cannot understand this obsession of the media with my years as also the questioning of my stay. It really is quite simple. I get work, I do it. Some gets accepted, most does not. I am here to work and I seek opportunity. I am most fortunate to still be considered and shall want to continue till as long as my body and those that give me work consider me capable of doing it. I am not going 'great guns' and I am no 'superstar' of the Hindi Film Industry. There are other more deserving of this epithet!!

Your next release Wazir is around the corner. Does that film offer you a role as unconventional as Piku?

I do not know whether it shall be classified as unconventional. I trust you would be better placed to comment on it after its release.