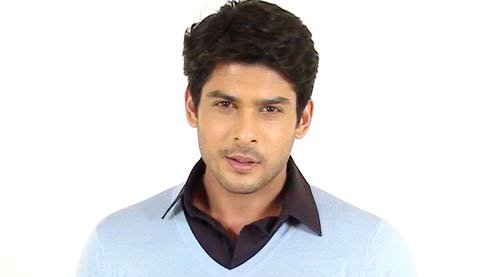 Television star Siddharth Shukla who got terrific reviews for his large-screen debut in Shashank Khaitan's Humpty Sharma Ki Dulhaniya is back to shooting for his daily soap Ballika Vadhu.

Refreshingly, Siddharth is not prone to run after movie offers just because Humpty Sharma Ki Dulhaniya has done it for him.

Speaking during a break in the grueling spell of Ballika Vadhu Siddharth says, "Humpty Sharma Ki Dulhaniya was a great experience. I didn't have the author-backed role. And yet I didn't feel sidelined at all. Throughout the shooting and afterwards during promotion it was 'Humpty' Varun Dhawan, 'Dulhaniya' Alia Bhatt and the Dulhaniya's fiancÃ© played by me. Not for a second did I feel secondary. I've no regrets about at all about doing Humpty Sharma... But now until I get something as appealing as Humpty Sharma Ki Dulhaniya I am back giving all my time to television."

Siddharth Shukla says juggling between Humpty Sharma Ki Dulhaniya and Ballika Vadhu was not easy. But not that difficult either. "Earlier I had juggled between Jhalak Dikhla Jaa and Ballika Vadhu. So doing two projects together was not new to me. Being at two different shootings at the same time was something I kind of knew how to do. Humpty Sharma Ki Dulhaniya was something I had to do. I had to stretch myself as an actor."

Ballika Vadhu has been a big bag of blessings for Siddharth. "My only problem, and this has been a constant worry on television, is time management. The deadlines on television are killing."

However, Siddharth is not willing to relinquish the serial, although it is said to be sagging in quality.

Says the loyal actor, "Yes, it does have its slumping phases. I know some sections of viewers think the serial has had its innings. I am not one of those actors who will abandon my flagship serial, my main claim to fame, just because I've done a hit movie."

Siddharth worked with two star-kids in Humpty Sharma..., so would he say it's an advantage being from the industry?

"Not really. If Alia and Varun are successful it has nothing to do with them being star kids. The audience doesn't care where the actor is from. As for me I may not have relatives in the film industry. But I grew up in Mumbai as an avid moviegoer. So I don't feel like an outsider."

He admits to not being turned down by the movie offers that have come his way after Humpty Sharma. "I am not kicked by what I'm being offered. Humpty Sharma Ki Dulhaniya was a terrific experience. Though I was cast as the 'Other Man' in the heroine's life and the audience knew I'd finally lose the girl there was no attempt to portray me as a mean or stupid character. In our films the second guy is almost always portrayed in an unflattering light. Not me. Not in Humpty. For the kind of experience that my movie debut turned out to be, I will always be grateful to Karan Johar."

However Siddharth is no hurry to abandon the home medium. "This is where I got recognition and praise. The serial is now 6 years old. It's not a soap any more, it's a way of life and an entire industry. It is no longer just a source of entertainment for the public but also a means of livelihood. It's easy to say Ballika Vadhu is run out of steam. But what about the scores of people whose bread and butter depends on the serial? Ballika Vadhu may not be at its creative peak right now. But its audience is staunch loyal and steadfast. I think we actors should be the same."