Actress Huma Qureshi makes her international debut with Zack Snyder's upcoming movie, Army Of The Dead. The movie will release in selected theatres in the US along with the Netflix premiere. The actress, on Thursday, took to social media to unveil the first character poster. 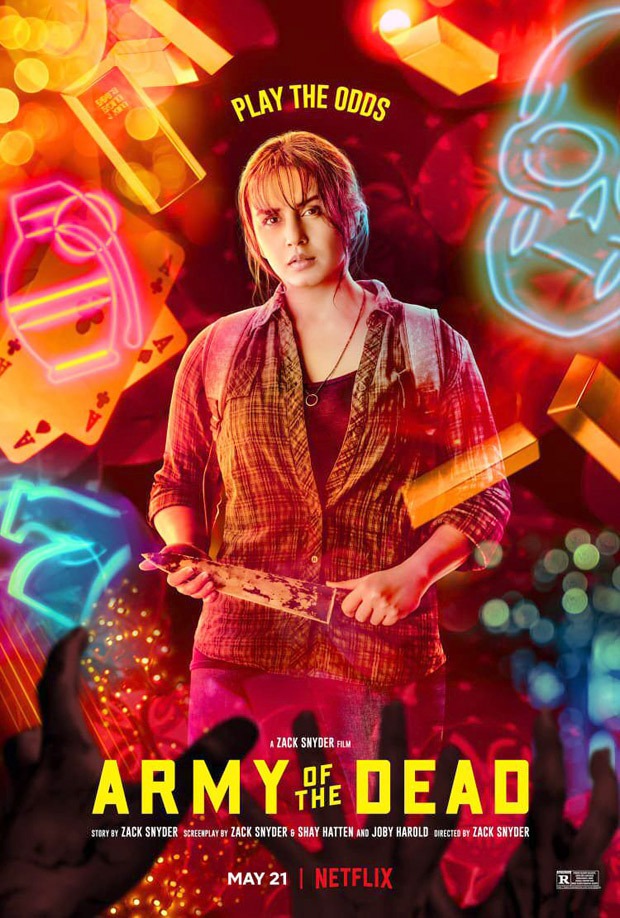 Huma Qureshi plays the role of Geeta in the film. Along with it, she attached the note urging everyone to keep safe amid the COVID-19 crisis. "My heart bleeds as my country and my fellow Indians fight personal loss, hurt, pain and devastation everyday because of the Covid-19 pandemic. I stand alongside them in sharing every bit of it with them.
With a heavy heart however, in keeping with my duties as a professional, I share my work for all of you to view. "Army Of The Dead", the Zack Snyder film I shot through 2019. Releasing on May 14th 2021 in select theatres and 21st May on Netflix," she wrote.

"Urging those who are safe to continue staying safe and follow every possible regulation in these torrid times, while dedicating my work to those who have encountered the wrath of this pandemic and wishing them health & peace.
Love, Huma S Qureshi," she said in her post.

From filmmaker Zack Snyder (300, Watchmen, Zack Snyder’s Justice League), the film takes place following a zombie outbreak that has left Las Vegas in ruins and walled off from the rest of the world. When Scott Ward (Dave Bautista), a former zombie war hero who’s now flipping burgers on the outskirts of the town he now calls home, is approached by casino boss Bly Tanaka (Hiroyuki Sanada), it’s with the ultimate proposition: break into the zombie-infested quarantine zone to retrieve $200 million sitting in a vault beneath the strip before the city is nuked by the government in 32 hours.

With little left to lose, Ward takes on the challenge, assembling a ragtag team of experts for the heist. With a ticking clock, a notoriously impenetrable vault, and a smarter, faster horde of Alpha zombies closing in, only one thing’s for certain in the greatest heist ever attempted: survivors take all.

Army Of The Dead will release in selected theatres in the US and on Netflix on May 21.