Couple of days back, Deepika Padukone and Kartik Aaryan had send the paparazzi into a tizzy when the two danced to 'Dheeme Dheeme' at the airport, where the Pati Patni Aur Woh actor taught Queen bee how to effortlessly move to his song and burn the dance floor. We were still not over that yet and now we have Hrithik Roshan dance to this hit number. 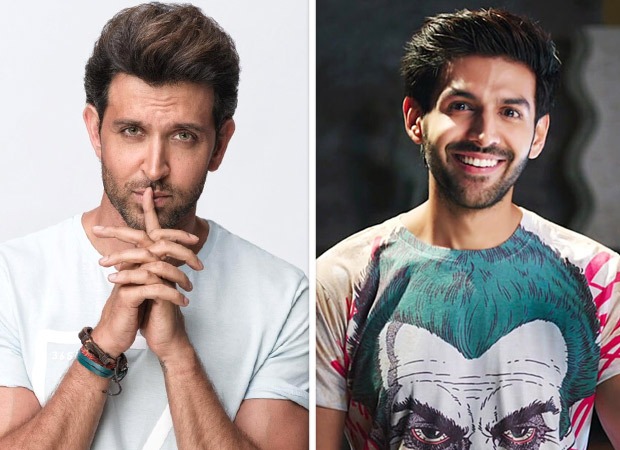 We all know that Hrithik Roshan is an ace dancer and no one can dance like him. No wonder at the recently concluded Star Screen Awards, Hrithik Roshan was on stage and the actor was asked to flaunt his moves. The Greek God, was soon asked to sway on the latest hit number 'Dheeme Dheeme'. Kartik Aaryan who was hosting the event was also on stage and Hrithik called out to him, for some inspiration for those signature moves. Once the two actors were on stage, it was pure magic and literally the two stars burned the stage with their moves. A video has gone viral on the Internet where we see two of them swaying to the song on stage and it’s surely an epic moment the two shared.

Hrithik & Kartik dancing together on #DheemeDheeme is the best thing to watch on internet today????????????

There’s also a video from the awards doing the rounds where we see Deepika Padukone again dancing to the song and doing the signature steps with Kartik Aaryan. Looks like no one can get enough of this number and the effect that Chintu Tyagi aka Kartik Aaryan has. The actor’s 'Dheeme Dheeme' dance challenge has taken the nation by storm and Pati Patni Aur Woh hit the bulls eye at the box-office! This boy and his magic is unbeatable.