Bollywood actor Hrithik Roshan has kicked off his next project, Fighter, which is India’s first aerial action film. It marks his reunion with War director Siddharth Anand and it sees him star opposite Deepika Padukone for the first time. The actor says it is a huge-scale project and sees it as a good opportunity. 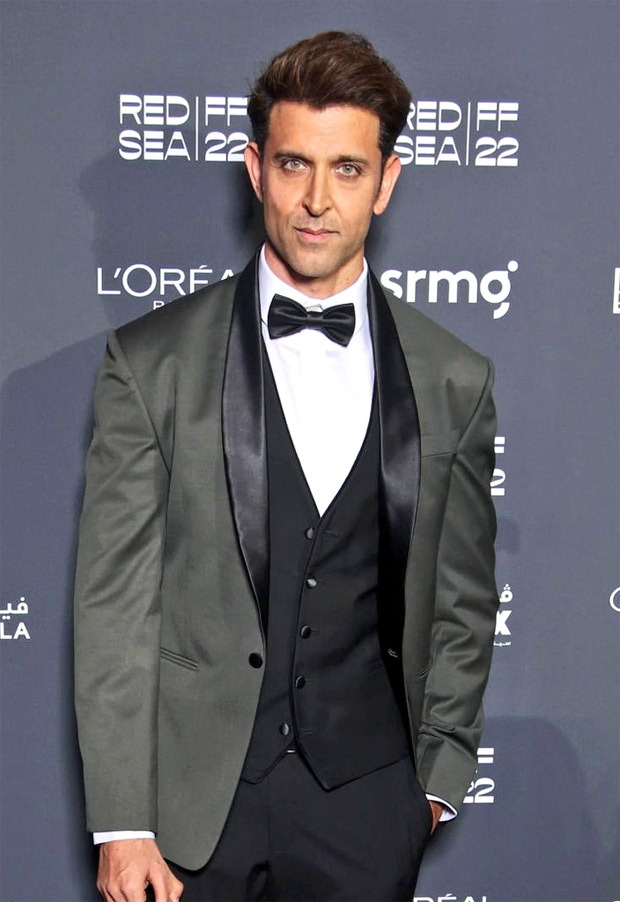 Hrithik Roshan on Fighter: “It’s the most humongous thing I have attempted”

Hrithik Roshan recently attended the ongoing Red Sea Film Festival in Saudi Arabia. The actor spoke about various aspects of cinema. According to Variety, Hrithik Roshan said, “It’s the most humongous thing that I have had the opportunity to at least attempting to achieve,” he said of the film. “I hope I keep making good cinema, so I keep enjoying this kind of love from you.”

Speaking on how the Bollywood landscape has changed over the years, he added, “Cinema now is far more real because the collective consciousness of people as a society is growing. The pandemic has had a beautiful change on us; we are far more understanding, far more understood. This has changed our perception of what entertainment should be like. We are asking for something better and better will come. It’s recalibration time.”

“It’s evolved for the better. It’s a process of evolution, we are only going to get better — if you don’t, nature will make sure that you do,” he added.

Meanwhile, Siddharth Anand is currently gearing up for the much-anticipated film Pathaan, which stars Shah Rukh Khan, and Deepika Padukone alongside John Abraham. On the other hand, Hrithik Roshan was last seen in the Hindi remake of Vikram Vedha with Saif Ali Khan. Deepika Padukone has an array of line up including a film with Prabhas and Nag Ashwin, The Intern remake, Pathaan, Singham Again and more.