Akshay Kumar is on a roll. The actor has been busy shooting Sooryavanshi and Laxmmi Bomb simultaneously. While the actor has been juggling two projects, his next film Housefull 4 recently shot a song sequence. A day ago, Akshay shared a photo from the sets of the song shoot along with Bobby Deol, Riteish Deshmukh, Kriti Sanon, Kriti Kharbanda and Pooja Hegde. 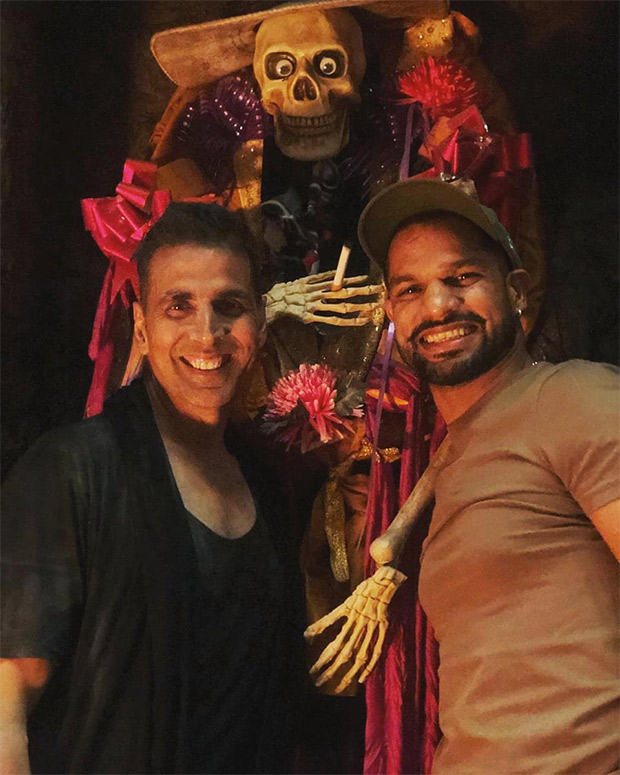 But, a surprise visit made Akshay Kumar’s day. Cricketer Shikhar Dhawan paid a visit to the sets of Housefull 4 and surprised the star. Posing on the set where a couple of skeleton props were kept, Shikhar shared a photo and wrote, “Two khiladis in one picture! Meeting @akshaykumar Pajhi was lovely. Had a great time with him!”

Housefull 4 is a story based on the theme of reincarnation. It was also earlier reported that the film will be divided between two eras. The film also stars Nawazuddin Siddiqui, Johnny Lever and his daughter Jaimie, Chunky Panday and Rana Daggubati.

ALSO READ: Akshay Kumar shared an exclusive still from Housefull 4 and it has a major GoT reference!