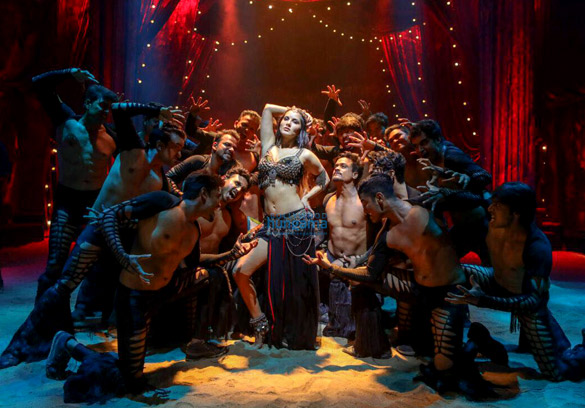 Sunny Leone, who raised the temperatures in songs like ‘Laila Main Laila’ from Raees and Baadshaho‘s ‘Piya More’, is all set to groove in Sanjay Dutt starrer Bhoomi. The sultry siren Sunny is back to skip heartbeats in a special dance number titled ‘Trippy Trippy’.

On Saturday, Sunny Leone was spotted shooting for the peppy number. Director Omung Kumar shared a few glimpses from the shooting and Sunny looks absolutely stunning. He captioned the photographs as, "@SunnyLeone in a new stunning look, shoots a song for #BHOOMI @duttsanjay @aditiraohydari @TSeries @LegendStudios1 @Vanita_ok." 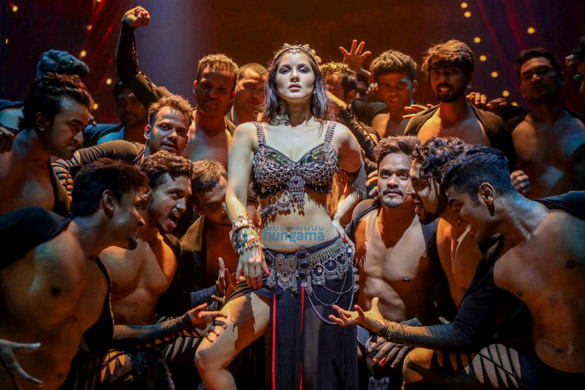 ‘Trippy Trippy’ is composed by Sachin-Jigar and penned by Priya Saraiya. The song will be choreographed by Ganesh Acharya. Speaking of the song, Omung Kumar had recently revealed that the song comes at a very crucial point in the film and the only person they could think of for the song was Sunny Leone.

Directed by Omung Kumar, Bhoomi stars Sanjay Dutt, Aditi Rao Hydari, Sidhant Gupta and Sharad Kelkar. Bhoomi is an emotional and sensitive revenge drama that explores the relationship between a father and daughter. It is releasing on September 22, 2017.